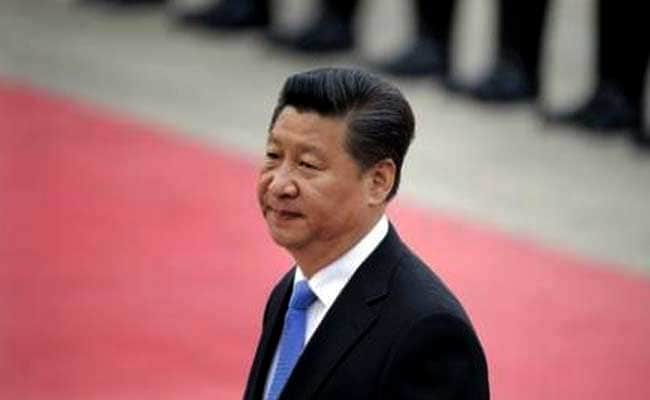 Beijing, China: China's growth slipped to a seven-year low of 6.6 percent in the third quarter, according to an AFP survey, despite ample stimulus and a red-hot property market in the world's second-largest economy.

The median forecast for expansion in gross domestic product (GDP), based on a poll of 18 economists, represents an easing from the second quarter's 6.7 percent.

It would be the slowest quarterly growth since the first three months of 2009, in the middle of the global financial crisis.

As the world's biggest trader in goods China is crucial to the global economy and its performance affects partners from Australia to Zambia.

The AFP poll forecast China will just meet the goal, with the median full-year prediction at 6.6 percent.

"Our expectation is that growth will continue to slow. The largest headwind on the horizon is the housing sector, which peaked in April 2016 and thus is now in the correction phase of its cycle," Brian Jackson of IHS told AFP.

Beijing is trying to execute a difficult structural transition away from dependence on low-end exports and heavy industry toward consumption and services, but entrenched interests have slowed progress.

At the same time, authorities have sought to combat a slowdown through hefty fiscal stimulus and loose home-buying policies that have fuelled property market booms in urban areas.

"Economic growth in the third quarter was better than market expectations," Rong Jing, a Beijing-based analyst with BNP Paribas, told AFP, but pointed to possible risks arising from the real-estate boom.

"The property bubble risk will continue to balloon if the government does not take tightening measures, as it would cause a very negative impact on the economy and the financial system," she added.

"The biggest restraint this year that prevents monetary easing is the real estate market."

An official measure of manufacturing activity maintained its strongest level in nearly two years in September while auto sales grew at their fastest rate in three years in the world's biggest car market.

Data Friday showed that the price of goods at the factory gate rose in China for the first time in more than four years in September, a positive sign for demand after years of dropping prices battered manufacturers and put a damper on growth.

"Recent economic data suggest that China's growth momentum has stabilised," said Raymond Yeung, an economist with ANZ. He pointed to recovery in private investment after "a period of massive decline".

But exports sank 10.0 per cent year-on-year in September, suggesting the Asian giant is yet to see the bottom of its years-long growth slowdown.

Imports returned to negative territory last month after a brief rise in August, with iron ore and copper volumes dropping, leading analysts to warn that the recent recovery in manufacturing activity could be short-lived.

Looking ahead, GDP growth faces the "downward pressure of a coming housing downturn, in particular in the first half of 2017" said Claire Huang of Societe Generale.

Zhao Yang of Nomura expected China's yuan currency to be "much weaker" and forecast slower growth in the fourth quarter "due to the cooling down property market and waning demand from post-flood reconstruction".

But Mizuho economist Shen Jianguang said that China's growth this year could be "stronger than the official data suggests", in contrast to last year when official figures probably overstated true expansion, he added.

Promoted
Listen to the latest songs, only on JioSaavn.com
Official Chinese figures are viewed with widespread scepticism, and in July the government altered its growth calculation method for the second time in less than a year.