The two leaders exchanged ideas on bilateral relations and discussed regional security and the peace process in Afghanistan. 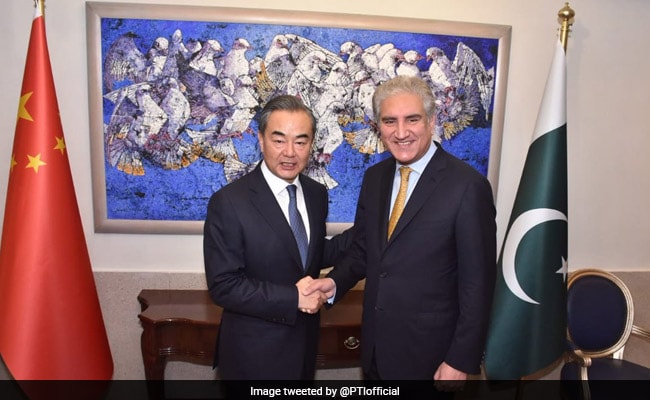 This is the first high-level visit by a Chinese official to Islamabad since the new government of Prime Minister Imran Khan assumed office after the July 25 elections.

The two leaders exchanged ideas on bilateral relations and discussed regional security and the peace process in Afghanistan, the Dawn reported.

"We are proud of Pakistan and China's friendship," Mr Qureshi said after the meeting, noting that the friendship had "withstood every test".

Both foreign ministers resolved during the meeting to strengthen strategic cooperation, and China was assured of Pakistan's continued commitment to CPEC as a priority project, the daily said.

The Chinese foreign office also extended an invitation to Prime Minister Imran Khan to visit the country as guest of honour.

Mr Wang had arrived in Islamabad on Friday accompanied by three other cabinet colleagues for a three-day trip.

He is also likely to meet President-elect Arif Alvi.

The visit by Mr Wang, who is also designated as the State Councillor which makes him the top diplomat of China, comes two days after that of US Secretary of State Mike Pompeo.

Ahead of the visit, Chinese Foreign Ministry Spokesperson Hua Chunying had hoped that the the two sides, through the visit, could consolidate traditional friendship, all-round cooperation and elevate China-Pakistan all-weather strategic and cooperative partnership.

Wang's visit also comes amidst reports of unease in Beijing over how the new PTI government would approach over USD 50 billion Chinese investments in various projects under the CPEC connecting China's Muslim-majority Xinjiang province with Gwadar port in Pakistan.