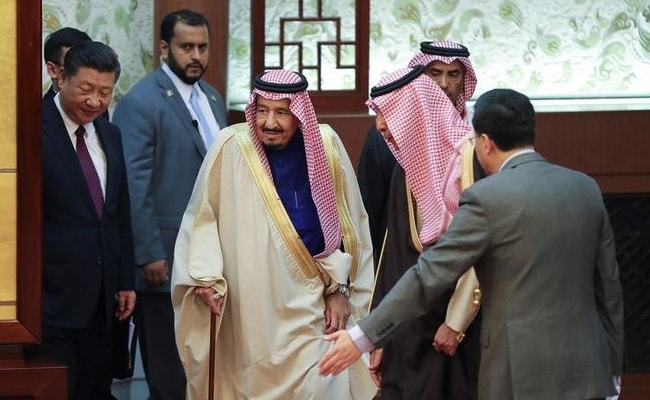 China and Saudi Arabia signed $65 billion worth of deals during the king's visit to China this month.

Beijing: Saudi Arabia has permitted a Chinese firm to set up a factory to manufacture hunter-killer aerial drones for the first time in the Middle East, in a boost to China's drone manufacturing industry.

Saudi Arabia's key science and technology organisation has confirmed that one of the deals sealed during Saudi King Salman's visit to China this month was an agreement to set up the first factory for Chinese hunter-killer aerial drones in the Middle East.

China and Saudi Arabia signed USD 65 billion worth of deals in energy, culture, education and technology during the king's visit in the middle of this month.

TAQNIA is a subsidiary of Saudi Arabia's Public Investment Fund, while ALIT is a Chinese export-import company that specialises in aerospace technologies.

Earlier this month, China's Chengdu Aircraft Design and Research Institute said its latest combat drone, which made its maiden test, is comparable to the United States MQ-9 Reaper and may turn out to be a "biggest export deal" for the country.

Promoted
Listen to the latest songs, only on JioSaavn.com
A yellow prototype of the Wing Loong II conducted a 31-minute test flight from an unidentified airport in north western China last week, the Institute told the state media.