The company said it would suspend Didi Hitch - a service which allows passengers travelling in the same direction to share the cost of the trip. 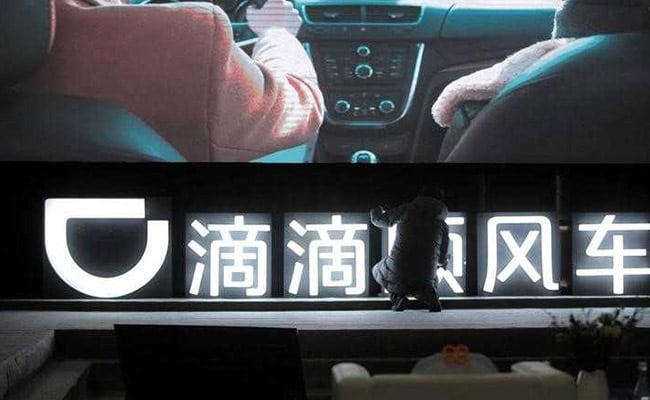 The killing has sparked fresh criticism of the company, which muscled Uber out of the market.

Chinese ride-hailing giant Didi Chuxing said Sunday it would suspend its carpooling service after the rape and murder of a passenger, the second such killing this year.

Police have arrested a 27-year-old man who worked as a driver in the eastern city of Wenzhou on suspicion of raping and killing a female passenger who used the app to hail a carpool ride.

The company said it would suspend Didi Hitch -- a service which allows passengers travelling in the same direction to share the cost of the trip -- beginning midnight on Monday.

The announcement came a day after the company admitted it bore "responsibility" for the crime, failing to act on a complaint about the same driver from another passenger, who claimed he drove her to an isolated area and followed her in his vehicle after she left the car.

"The incident shows the many deficiencies with our customer service processes, especially the failure to act swiftly on the previous passenger's complaint and the cumbersome and rigid process of information sharing with the police," Didi said in a statement on Sunday.

The killing has sparked fresh criticism of the company -- which muscled Uber out of the market following a bruising battle -- as angry users voiced concerns about the safety of the service.

"Since the company can't regulate itself, get out of the market," wrote one user on the Twitter-like Weibo.

Didi said it has also fired the head of Didi Hitch and the vice president of customer service.

In May, a 21-year-old air stewardess was killed by a Didi Chuxing driver, prompting criticism of the company's security measures and a tightening up of its rules of use.