Manufacturing internships are permitted under Chinese labour law in some cases, but SACOM found the work has "literally nothing to do with learning" and violated some of the country's labour law provisions permitting intern work in factories. 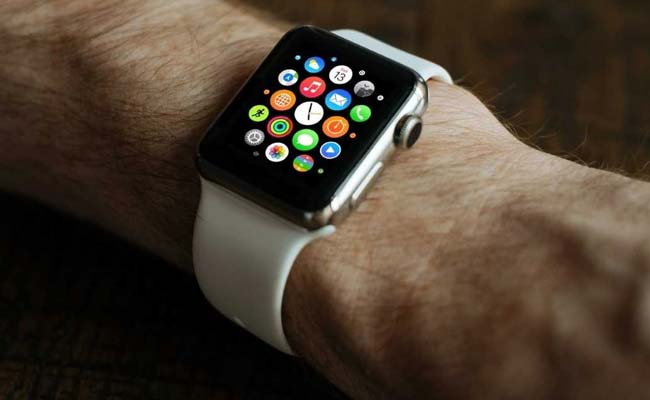 The US titan has sold tens of millions of Apple Watches -- which can cost up to $1,499.

Apple is investigating a factory in southwest China after a labour rights group said the tech giant's supplier forced student workers to work "like robots" to assemble its popular Apple Watch.

Many were compelled to work in order to get their vocational degrees and had to do night shifts, according to an investigation by Hong Kong-based NGO Students and Scholars Against Corporate Misbehaviour (SACOM).

SACOM interviewed 28 students at the plant in Chongqing municipality over the summer, and all of them said they had not voluntarily applied to work there, according to the report published last week.

They worked under the guise of "internships", SACOM said, a practice rights groups say is widespread in China as manufacturers pair up with vocational schools to supply workers and fill labour shortages when they ramp up production for new models or the Christmas rush.

"Our graduation certificate will be withheld by the school if we refuse to come," said one student majoring in e-commerce, according to SACOM.

The US titan has sold tens of millions of Apple Watches -- which can cost up to $1,499 -- since it was launched three years ago and chief executive Tim Cook said it was the most popular watch in the world.

Manufacturing internships are permitted under Chinese labour law in some cases, but SACOM found the work has "literally nothing to do with learning" and violated some of the country's labour law provisions permitting intern work in factories.

"We are like robots on the production lines," one 18-year-old student told SACOM. "We repeat the same procedure for hundreds and thousands of times every day, like a robot."

Others said they were put on the night shift working from 8 pm to 8 am with minimal breaks, according to SACOM.

The Chongqing factory is operated by Quanta Computer, a Taiwanese electronics manufacturer, and also produces for other brands. Quanta did not immediately respond to an AFP request for comment.

But Apple spokeswoman Wei Gu said: "We are urgently investigating the report that student interns added in September are working overtime and night shifts."

Wei noted Quanta Chongqing was a new Apple supplier and had been audited three times between March and June without finding student interns.

Assembly lines that repieced together Apple Watches that had failed a quality check were almost entirely made up of student workers, one intern told SACOM.

"The factory would not be able to operate without student workers," a student told SACOM.

The NGO demanded Apple investigate and bring the labour practices in line with the firm's own policies and those of the local and central Chinese government.

(Except for the headline, this story has not been edited by NDTV staff and is published from a syndicated feed.)
Comments
Apple WatchApple Watch SupplierChinese labour law