Jim Mattis, the US Defence Secretary is on a visit to China which is the first such visit by a US defense chief in more than four years. 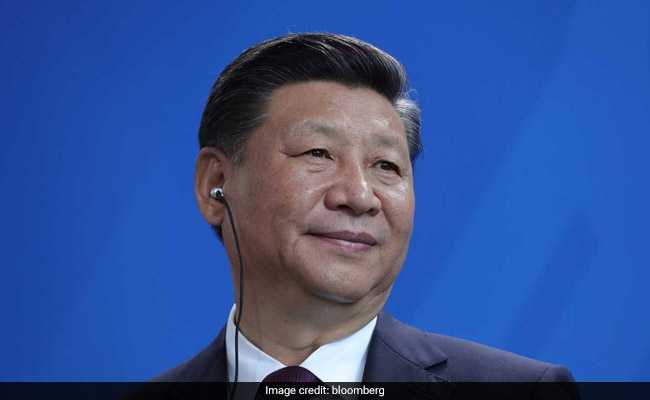 Xi Jinping has clearly stated that China won't surrender even an inch of its territory.

President Xi Jinping told U.S. Defense Secretary James Mattis he wouldn't give up any territory that China considered its own, an unusually blunt warning as security disputes simmer below a fight over trade.

Xi made his remarks while meeting Mattis on Wednesday in Beijing, the first such visit by a U.S. defense chief in more than four years. The comments appeared to be a reference to U.S. complaints about Chinese military deployments in the disputed South China Sea and a push by American lawmakers to expand ties with the democratically run island of Taiwan, which Beijing considers a province.

"Our stance is steadfast and clear-cut when it comes to China's sovereignty and territorial integrity," Xi said, according to the official Xinhua News Agency. "We cannot lose one inch of territory passed down by our ancestors. Meanwhile, we want nothing from others."

The meeting illustrates how disputes between the world's two largest economies extend beyond U.S. President Donald Trump's plans to slap tariffs on Chinese goods and restrict the country's investments. In recent months, the Defense Department has branded China a "strategic competitor" and rescinded an invitation to join annual international military exercises that begin Thursday near Hawaii.

Xi can't afford to look weak after the ruling Communist Party repealed presidential term limits in March, and he's pledged to go blow for blow on trade. He has warned against efforts to widen divisions with Taiwan and in April presided over China's largest-ever naval review in a display of its growing military reach. 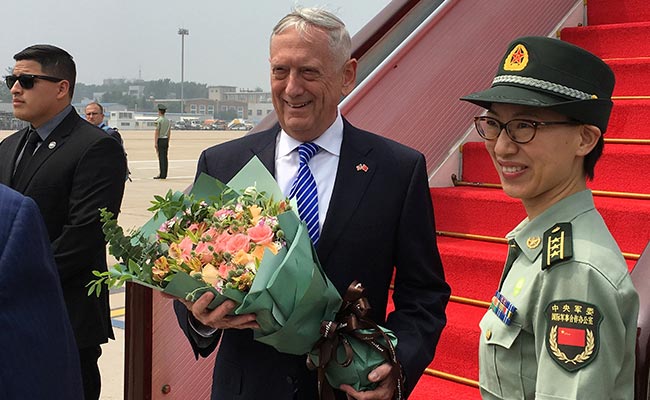 US Defence Secretary Jim Mattis arrived in China on Tuesday.

"This is an important time in the history of China and the United States as we work our way forward," Mattis said as he sat with Xi in front of a bank of cameras and photographers prior to their private meeting, according to the Associated Press. "I'm here to keep our relationship on a great trajectory, going in the right direction, and to share ideas with your leadership, your military leadership, as we look at the way ahead."

Since Xi hosted Mattis's predecessor, Chuck Hagel, in 2014, China has launched a second aircraft carrier and outlined plans to build a "world-class" military by 2050. The Trump administration, meanwhile, has replaced Barack Obama's "pivot to Asia" with an "Indo-Pacific" policy that looks to draw India into the regional security framework as a counterweight to China.

In recent weeks, prominent Chinese academics have begun to question whether the leadership underestimated the depth of anti-China sentiment in Washington and risked a premature showdown with the world's sole superpower.

Mattis told a gathering of Asian defense chiefs earlier this month that Beijing's deployments of military aircraft and missile batteries in the South China Sea were causing the U.S. to reconsider its "cooperative stance." He said China risked "larger consequences" in the future.

Mattis was expected to leave for Seoul later Thursday, where he would likely encounter questions about Trump's decision to halt joint military drills with South Korea. He'll then head to Japan, the U.S.'s closest ally in the region, before heading back to Washington.