In a notification issued on Friday, the Chinese health commission asked local officials for strengthening influenza prevention during the flu season, according to reports. 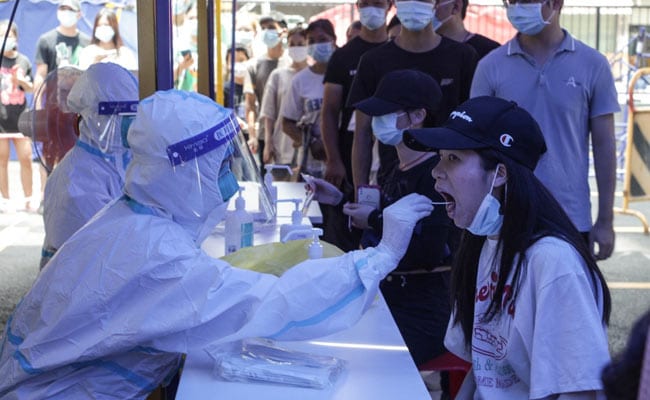 This comes in the backdrop of the risk of imported cases in China. (File)

Warning about the potential of "twindemic" this winter, Chinese health authorities have stressed the need for influenza prevention as flu activity in the southern provinces in the country has increased since September.

In a notification issued on Friday, the Chinese health commission has asked local officials for strengthening influenza prevention and control measures during the flu season which is coupled with the risk of imported COVID-19 cases, Global Times reported.

This comes after Chinese authorities have warned about the risk of imported COVID-19 infections due to the high incidence of respiratory infections in the winter season.

Chinese health authorities stated that influenza activity in the southern and northern parts of the country since March has been higher than the same period last year.

This comes in the backdrop of the risk of imported cases in China. The Global Times reported that the COVID-19 and respiratory infectious diseases such as influenza can be combined and bring a potential "twindemic" during this upcoming winter and the next spring.

The publication stated that last flu season clusters of flu cases occurred in schools, childcare institutions and other venues despite the overall prevalence of influenza staying relatively low.

Moreover, the health authority urged the key institutions to strengthen efforts to detect, report and deal with cluster cases as early as possible.