China To Keep Hitting Back At US Over Trade: Finance Minister

China will keep hitting back at Washington as more US trade tariffs are imposed, but its counter-strikes will remain as targeted as possible to avoid harming businesses in China - whether Chinese or foreign, Finance Minister Liu Kun said. 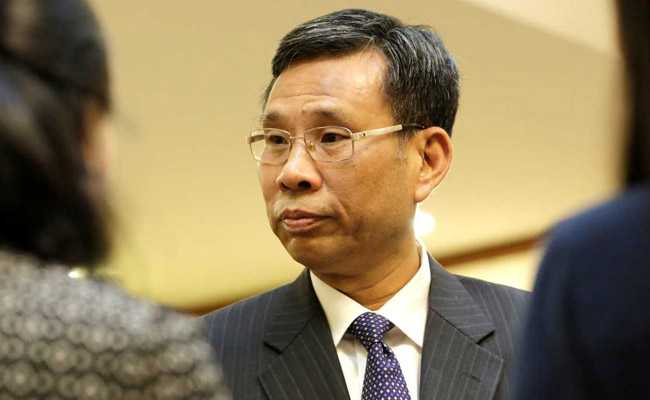 China will keep hitting back at Washington as more US trade tariffs are imposed, but its counter-strikes will remain as targeted as possible to avoid harming businesses in China - whether Chinese or foreign, Finance Minister Liu Kun said.

For now the impact of the China-U.S. "trade frictions" on the Chinese economy has been small, but he is concerned about potential job losses and lost livelihoods, Liu, 61, told Reuters on Thursday in an interview at the finance ministry, his first with the media since taking up the position in March.

He said that the Chinese government will increase its spending to support workers and the unemployed who are hurt by the trade conflict, and also predicted bond issuance by local governments to support infrastructure investment this year will pickup and blow past 1 trillion yuan ($145.48 billion) by the end of the current quarter.

The trade conflict further escalated on Thursday as the United States and China heaped more tariffs on each other's goods. Since early July, the world's two largest economies have slapped each other with tariffs on a combined $100 billion of goods.

"China doesn't wish to engage in a trade war, but we will resolutely respond to the unreasonable measures taken by the United States," Liu said. "If the United States persists with these measures, we will correspondingly take action to protect our interests."

So far, China has either imposed or proposed tariffs on $110 billion of U.S. goods, representing most of its imports of American products. Crude oil and large aircraft are key U.S. goods that are still not targeted for penalties.

Trade talks between mid-level U.S. and Chinese officials ended on Thursday without any sign of major progress.

When asked if China would consider increasing tariffs on U.S. goods that are already facing higher taxes, Liu said China will respond with precision.

"We're responding in a precise way. Of course, the value of U.S. imports of Chinese goods isn't the same as the value of Chinese imports of U.S. goods. We'll take tariff measures in accordance to this situation," he said, without elaborating.

But China is conscious of the potential for bystanders to be caught in the line of fire, he said.

"When we take measures, we try our hardest not to harm the interests of foreign businesses in China. That's why our tariff measures are targeted to avoid affecting them as much as we can," said Liu.

Some American businesses and industry lobbies, including the U.S. Chamber of Commerce, have criticised U.S. President Donald Trump's imposition of punitive tariffs on Chinese goods, saying the Chinese retaliation it is triggering will hurt businesses that already face greater competition from local rivals in China.

The U.S. tariffs have affected China's economic growth - albeit modestly - and their impact will become even more pronounced if the trade frictions persist, Liu said.

Liu spent more than two decades in the Guangdong provincial government, taking on various roles including the head of its finance bureau. He became the vice governor of the export-oriented southern province in 2010.

Liu said he is very concerned about the Chinese jobs that could be lost.

"From my perspective, I'd pay more attention to the impact that the China-U.S. trade frictions has on jobs in China. After all, some firms will be affected, exports will be reduced and production will be cut," he said.

China's urban survey-based jobless rate rose to 5.1 percent from 4.8 percent in June. The government aims to keep the rate below 5.5 percent this year.

China plans to increase its fiscal spending to support workers or jobless hurt as higher tariffs kick in.

The expenditure will not cause China to overshoot its 2018 budget deficit target of 2.6 percent of gross domestic product, he said.

Liu is optimistic about government revenues this year, saying they might even exceed expectations.

Beijing is expediting plans to invest billions of dollars in infrastructure projects as its economy shows signs of cooling further.

Local governments are allowed to issue 1.35 trillion yuan ($196 billion) of special bonds this year. In the first half, more than 300 billion yuan of them were issued, a speed which the finance ministry called "slow".

Issuance could pickup and exceed 1 trillion yuan in the first three quarters of the year, Liu said.

There are three things China needs to do well - lowering taxes and cutting fees, preserving the intensity of its fiscal spending so that its effect can be better felt, and supporting the real economy and lightening the burdens of companies, he said.

The cuts in taxes and fees would be more than 1.1 trillion yuan this year, beating government forecasts, Liu said.

On May 1, China cut the value-added tax in the manufacturing, transportation, construction, telecommunication and agricultural sectors.

But all that does not mean China will unleash massive stimulus or go back on its campaign to reduce leverage in the economy.

"When we're talking about a more proactive fiscal policy, we aren't talking about massive stimulus, nor do we want to incur financial risks, let alone getting the government to take care of everything," Liu said.

(Except for the headline, this story has not been edited by NDTV staff and is published from a syndicated feed.)
Comments
US - China Trade WarUS Tariffs on China