In addition Pakistan, Sri Lanka and Myanmar - the other countries where China is considering to base its military logistics and infrastructure facilities are Thailand, Singapore, Indonesia, United Arab Emirates, Kenya, Seychelles, Tanzania, Angola and Tajikistan, the Pentagon report said. 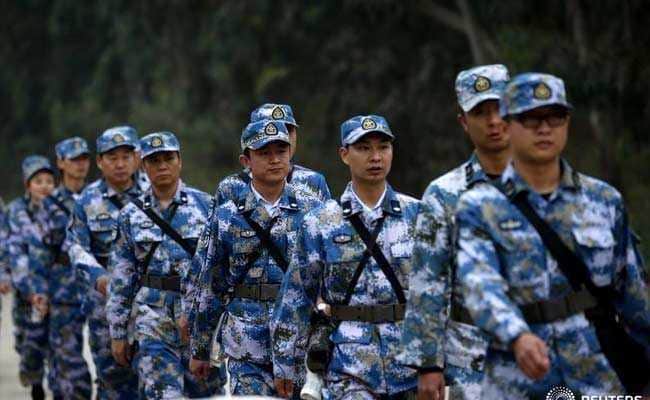 China is seeking to set up more robust logistics facilities in about a dozen countries, including three in India's immediate neighbourhood, to allow the Chinese PLA (army) to project and sustain military power at greater distances, according to a Pentagon report.

In addition to the three neighbours of India - Pakistan, Sri Lanka and Myanmar - the other countries where China is considering to base its military logistics and infrastructure facilities are Thailand, Singapore, Indonesia, United Arab Emirates, Kenya, Seychelles, Tanzania, Angola and Tajikistan, the report said today.

In its annual report "Military and Security Developments Involving the People's Republic of China (PRC) 2020" that was submitted to the US Congress, the Pentagon said these potential Chinese military logistics facilities are in addition to the Chinese military base in Djibouti, which is aimed at supporting naval, air and ground forces projection.

"A global PLA (People's Liberation Army) military logistics network could both interfere with US military operations and support offensive operations against the United States as the PRC's global military objectives evolve," the Pentagon said in the report.

China has probably already made overtures to Namibia, Vanuatu, and the Solomon Islands, it said, adding the known focus areas of PLA planning are along the Seal Lines of Communication from China to the Strait of Hormuz, Africa, and the Pacific Islands.

Similarly, the Pentagon said, Beijing uses the One Belt One Road (OBOR) intitiative to support its strategy of national rejuvenation by seeking to expand global transportation and trade linkages to support its development and deepen its economic integration with nations along its periphery and beyond.

"OBOR projects associated with pipelines and port construction in Pakistan intend to decrease China''s reliance on transporting energy resources through strategic choke points, such as the Strait of Malacca," it said.

China leverages the OBOR to invest in projects along China''s western and southern periphery to improve stability and diminish threats along its borders, the report said.

According to the Pentagon, a global PLA military logistics network could both interfere with the US military operations and support offensive operations against the United States as the Chinese global military objectives evolve.

"Host nations can perform an essential role in regulating the PRC''s military operations as Chinese officials very likely recognise that a stable long-term relationship with the host nation is critical to the success of their military logistics facilities," it said.

They also suggest that a military logistic network could enable intelligence monitoring of the US military.

In August 2017, China officially opened its first military base in Djibouti, on the horn of Africa.

Chinese Navy Marines are stationed at the base with wheeled armoured vehicles and artillery but are currently dependent on nearby commercial ports due to the lack of a pier on base, the report said.

Chinese personnel at the facility have interfered with US flights by lasing pilots and flying drones, and China has sought to restrict Djiboutian sovereign airspace over the base, the report said.

Beyond its base in Djibouti, China is very likely already considering and planning for additional military logistics facilities to support naval, air, and ground forces projection, the Pentagon report said.

The PLA's approach likely includes consideration of many different sites and outreach to many countries, but only some will advance to negotiations for an infrastructure agreement, status of forces or visiting forces agreement, and/or basing agreement, the report added.