The comments came after the WHO chief said he was "very disappointed" that Beijing had yet to finalise permission even as the team of experts had begun travelling to China to explore the beginnings of the virus. 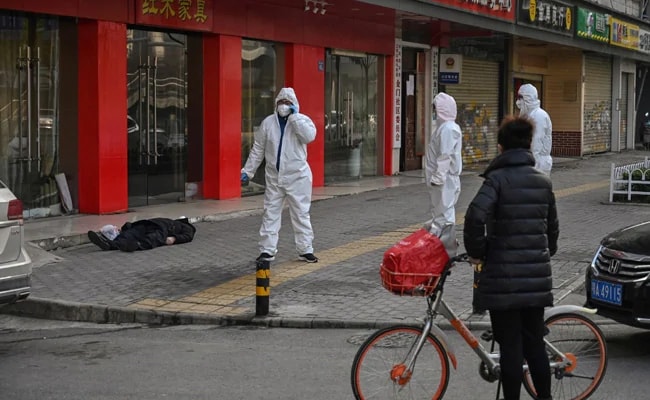 China Says "Ready" For WHO Experts On Mission To Probe Covid Origins. (FILE)

China confirmed Saturday that preparations were still ongoing for a World Health Organization mission to Wuhan to investigate the origins of Covid-19, following a rare rebuke from the UN body over a delay to the long-planned trip.

The comments came after the WHO chief said on Tuesday he was "very disappointed" that Beijing had yet to finalise permission even as the team of experts had begun travelling to China to explore the beginnings of the virus, which first emerged in late 2019 in the central city.

On Saturday, National Health Commission vice minister Zeng Yixin told reporters: "The specific time is being determined, and we are ready here."

"As long as these experts complete the procedures and confirm their schedule, we will go to Wuhan together to carry out investigations," he said.

Earlier in the week, Chinese authorities had refused to confirm details of the visit, a sign of the enduring sensitivity of the mission -- which has been beset with delays and politics.

The WHO previously said China had granted permission for a visit by a 10-person team.

"We are currently waiting for WHO's experts to arrive, and have arranged for relevant expert groups to receive them," Zeng added.

He expressed hope the WHO investigations could further understanding on the origins of the coronavirus.

Asked about the effectiveness of vaccination against a coronavirus strain found in Britain that appeared to be more infectious, Zeng added: "Our vaccine has the same neutralising ability against such a mutant strain."