China Says It Will Continue Iran Trade Despite New US Sanctions

We believe that China's normal cooperation with Iran within international law is legal and legitimate, says Chinese foreign ministry spokeswoman. 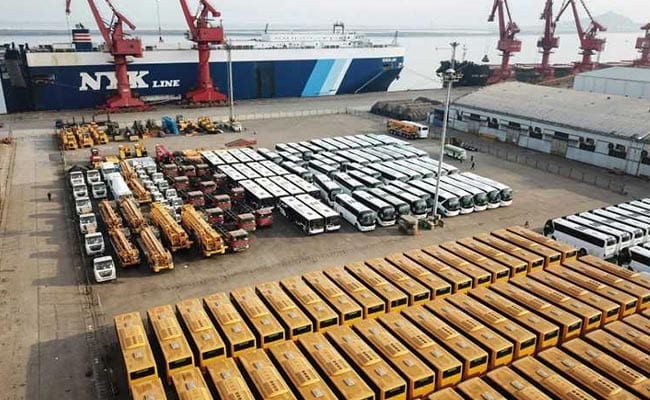 China says it is conducting normal cooperation with Iran within framework of international law. (AFP)

China denounced new US sanctions targeting Iran's oil and financial sectors as "long-arm jurisdiction" on Monday and vowed to continue its bilateral trade with the Islamic republic.

The measures, which took effect on Monday, follow US President Donald Trump's decision to abandon a multi-nation nuclear deal with Tehran, which he said was flawed and does not adequately constrain Iran's destabilising behaviour in the Middle East.

The sanctions aim to significantly cut Iran's oil exports -- which have already fallen by around one million barrels a day since May -- and cut it off from international finance.

"We believe that China's normal cooperation (with Iran) within international law is legal and legitimate, and this shall be respected."

The US has given temporary exemptions to eight countries -- including India, Japan and Turkey -- to continue buying oil in a bid to avoid disrupting their economies and global markets.

Asked whether China has been granted an exemption, Hua said Beijing is conducting "normal cooperation" with Tehran within the framework of international law.

China is a signatory to the 2015 Joint Comprehensive Plan of Action -- which includes Britain, France, Germany and Russia -- that Trump pulled out from earlier this year.

The remaining members believe the agreement is working as intended and is keeping Iran from obtaining nuclear weapons for now.

"Under the current circumstances, we hope all parties can bear in mind the larger picture and fulfil their duties and choose to stand on the right side of history," Hua said, adding that China will continue to "uphold the objective and responsible attitude to uphold the agreement".