China Says Dalai Lama's Successor Must Have Its Approval

While Beijing views the Dalai Lama as a separatist who seeks to split Tibet from China, the 1989 Nobel Peace Prize laureate says he only seeks greater rights for Tibetans. 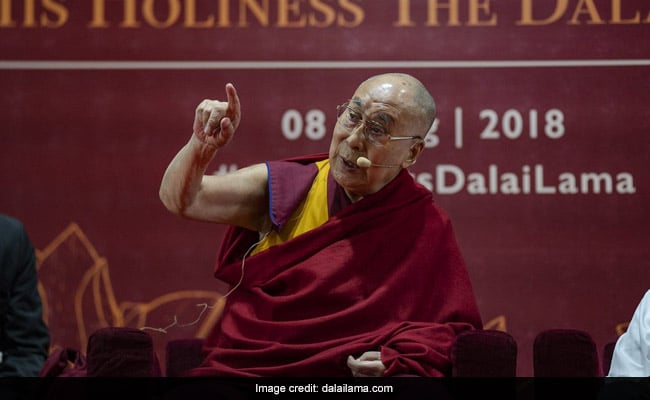 Dalai Lama has been admitted to a hospital in New Delhi with a chest infection.

China on Wednesday asserted that any successor to the Dalai Lama should have its approval as the 83-year-old Tibetan spiritual leader was admitted to a hospital in New Delhi with a chest infection.

According to the hospital in New Delhi, his condition was stable.

Asked whether China has any plans to appoint his successor, Foreign Ministry spokesman Lu Kang told a media briefing in Beijing that the Chinese central government has to approve the Dalai Lama's successor chosen through the reincarnation system.

"I am not aware of the physical condition of the 14th (the present) Dalai Lama," he said.

"We have relevant regulations to respect and protect this heritage. The 14th Dalai Lama himself was recognised according to the fixed religious rituals and was approved by the then central government.

"So the reincarnations including that of the Dalai Lama should follow our national laws, regulations and religious rituals," Mr Kang said.

The Tibetan spiritual leader has been admitted to a private hospital in New Delhi with a chest infection and his condition is stable, hospital sources in New Delhi said on Wednesday.

While Beijing views the Dalai Lama as a separatist who seeks to split Tibet from China, the 1989 Nobel Peace Prize laureate says he only seeks greater rights for Tibetans, including religious freedom and autonomy.

Since he fled Tibet in 1959 to escape from the Chinese occupation, the Tibetan spiritual leader has been keeping China on tenterhooks about his successor.

Last month, China rejected the Dalai Lama's assertions that his successor could come from India and a nominee by China would not be respected.

"The reincarnation system has been there for hundreds of years. The 14th Dalai Lama has also been recognised in the religious rituals approved by the central government.

"So the reincarnation of the Dalai Lama should follow the national rules and regulations and the religious rituals," another spokesman of the Chinese Foreign Ministry Geng Shuang told reporters on March 19.

China also defended its policies in Tibet in a white paper released in Beijing last month, highlighting that Tibet's GDP grew by 191 times since China took over the Himalayan region in 1950.

The white paper countered the US criticism of its governance in Tibet, saying that support of Tibetan independence no longer exists.

Releasing a white paper on Tibet showcasing its development under the ruling Communist Party of China (CPC) here on March 27, Tibet's executive vice governor Norbu Dondrup denied there was any significant support for Tibet as a separate political entity.

"The issue of Tibetan independence does not exist," he said.

About 150 Tibetans have committed self-immolation in different parts of Tibet since 2009, calling for the return of the 83-year-old Dalai Lama from his exile in India and improvement of human rights in the Himalayan region.

China says Tibet for centuries has been its territory well before People's Liberation Army (PLA) took control of it in 1950.

The white paper coincided with the US State Department report which documented access problems to Tibet in a report to Congress mandated by the Reciprocal Access to Tibet Act, passed with bipartisan support in December.