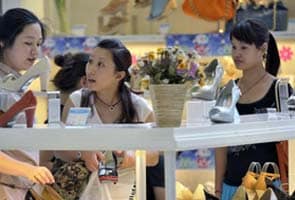 Beijing: More than 400 million Chinese are unable to speak the national language Mandarin, and large numbers in the rest of the country speak it badly, state media said on Thursday as the government launched another push for linguistic unity.

China's ruling Communist Party has promoted Mandarin for decades to unite a nation with thousands of often mutually unintelligible dialects and numerous minority languages, but has been hampered by the country's size and lack of investment in education, especially in poor rural areas.

Officials have admitted they will probably never get the whole country to be able to speak Mandarin, formally called Putonghua in China, meaning "common tongue", suggesting everyone should be able to speak it.

Ministry of Education spokeswoman Xu Mei said that only 70 percent of the country could speak Mandarin, many of them poorly, and the remaining 30 percent or 400 million people could not speak it at all, Xinhua news agency reported.

"The country still needs to invest in promoting Mandarin," it quoted her as saying, ahead of an annual campaign to promote Mandarin held every year since 1998.

"This year the ministry will focus on the remote countryside and areas inhabited by ethnic minorities," Xu said.

The promotion of Mandarin has long been a contentious issue in China, despite the practical benefits of having the entire population fluent in one tongue, and in some cases has lead to violent unrest.

Promoted
Listen to the latest songs, only on JioSaavn.com
Tibetans have protested against having to use Mandarin in schools, while in 2010 several hundred people took to the streets in the southern city of Guangzhou over fears the authorities were trying to marginalise Cantonese.

"We Are Not Afraid": France Protests After Beheading Of Teacher