China Protests To US Over Appointment Of Special Coordinator For Tibet

US Secretary of State Mike Pompeo on October 15 named senior diplomat Destro as Special Coordinator for Tibetan issues, who, among other matters, would focus on advancing dialogue between the Communist government in China and the Dalai Lama. 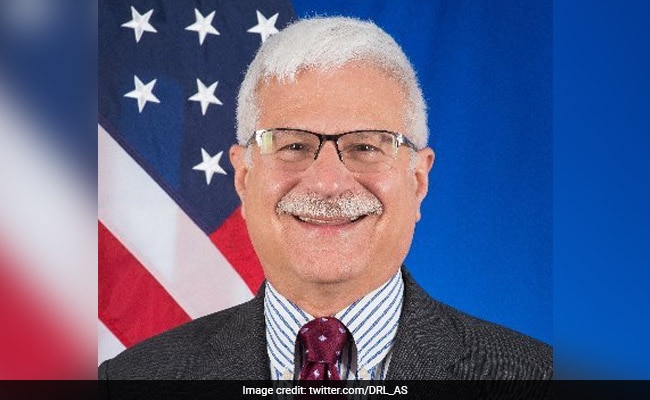 Robert Destro will also serve as the US Special Coordinator for Tibetan issues, Pompeo said.

China said on Tuesday that it had lodged a diplomatic protest with the US over the appointment of Robert Destro as a Special Coordinator for Tibetan issues and his meeting with Lobsang Sangay, the head of the Tibetan government in exile.

US Secretary of State Mike Pompeo on October 15 named senior diplomat Destro as Special Coordinator for Tibetan issues, who, among other matters, would focus on advancing dialogue between the Communist government in China and the Dalai Lama.

Assistant Secretary of State for Democracy and Human Rights and Labour Robert Destro will also serve as the US Special Coordinator for Tibetan issues, Pompeo told reporters in Washington.

Destro will focus on advancing dialogue between the Communist-run government in Beijing and the Dalai Lama, protecting the distinct religious cultural and linguistic identity of Tibetans, improving respect for their human rights and much, much more, Pompeo said.

After Destro's appointment, Sangay met him and discussed the situation in Tibet.

Unlike in the past, the Chinese officials in recent times have been referring to Tibet only as Xizang.

"Appointing the so-called special coordinator for Tibetan issues is a political move to interfere in China's internal affairs and sabotage Xizang's stability. It is China''s consistent position we firmly oppose that and we will not acknowledge that. We have lodged stern representation to the US side," he said.

On Destro-Sangay meeting, Zhao said, "the so-called Tibetan government in exile is a separatist political organisation chasing a wild dream of Tibetan independence. It violates China's constitution and law and it is not recognised by any nation worldwide".

"Destro, by meeting with this person, violated the commitment and policies' stance of US side of not supporting Xizang's independence and not acknowledging this government in exile", he said.
He said this will send very wrong signal to Tibet's independence forces.

"We urge the US side to stop interfering in China's internal affairs and sabotaging Xizang's development and stability and refrain from offering any support to the separatist forces. China will take all measures to safeguard its own interests", Zhao said.

Announcing Destro's appointment, Pompeo said that was consistent with the Tibetan Policy Act and he will lead the US efforts to promote dialogue between China and the Dalai Lama or his representatives; protect the unique religious, cultural and linguistic identity of Tibetans; and press for their human rights to be respected.

Pompeo said he will also support the US efforts to address the humanitarian needs of Tibetan refugees and promote sustainable economic development and environmental conservation in Tibetan communities on the plateau.

The US remains concerned with the Chinese repression of the Tibetan community, including the lack of meaningful autonomy, the deteriorating human rights situation in Tibetan areas, and severe restrictions on Tibetans' religious freedom and cultural traditions within China, he said.

"One-China principle is a universal consensus of the international community, including India. It is also the political basis for China to develop ties with other countries. So, we firmly oppose any official exchanges between countries having diplomatic ties with China and Taiwan or signing any official documents," he said while responding to a question.