The meeting comes days after Chinese foreign minister Wang Yi's visit to Islamabad during which he held a comprehensive round of talks with Imran Khan. 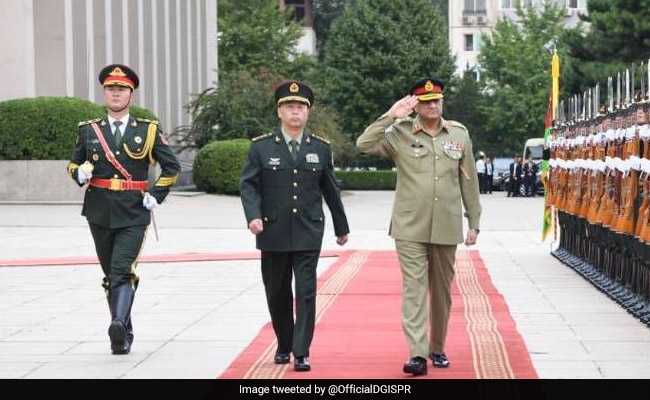 The meeting comes days after Chinese foreign minister Wang Yi's visit to Islamabad during which he held a comprehensive round of talks with Imran Khan and General Bajwa among others.

China subsequently announced expansion of the CPEC projects to western regions of Pakistan. It is an apparent move to address Imran Khan's criticism of former prime minister Nawaz Sharif's government on the basis that most of the Chinese-funded projects were being bagged by the dominant Punjab province.

He also appreciated the level of security being provided to the CPEC by Pakistan Army. Over 10,000 Chinese workers are said to be working in the CPEC projects in Pakistan.

The security for them is provided by the Special Security Division comprising 15,000 troops, including 9,000 Pakistan Army soldiers and 6,000 para-military forces personnel.
The Chinese General expressed his keen desire to benefit from Pakistan Army's combat experience and also expand bilateral cooperation, the ISPR added.

China's foreign minister Wang Yi had praised the Pakistani military's role fostering close ties between the two countries, saying that it is a "staunch guardian of China-Pakistan friendship".

The CPEC, a flagship project of the Belt and Road Initiative launched in 2015, is a planned network of roads, railways and energy projects linking China's resource-rich Xinjiang Uyghur Autonomous Region with Pakistan's strategic Gwadar Port.