Tension between US and China comes as their relationship has been strained by a row over trade involving tariffs on billions of dollars worth of each other's imports. 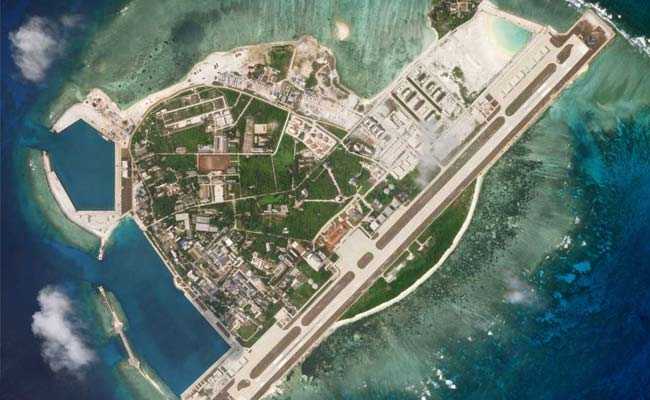 US has criticised China's construction of islands on tiny reefs in the South China Sea. (File)

China said on Friday said it had lodged "stern representations" with the United States after the U.S. Navy sailed a ship through the contested South China Sea, passing near islands claimed by China.

Tension between the two powers in disputed Asian waters comes as their relationship has been strained by a row over trade involving increasingly severe rounds of tariffs on billions of dollars worth of each other's imports.

China foreign ministry spokesman, Geng Shuang, told a daily news briefing the U.S. ship had entered Chinese waters without permission and China had made its position known with its "stern representations".

The Chinese army said it had sent ships and planes to watch the U.S. ship and to warn it to leave.

The Chancellorsville's voyage was the latest in what the United States calls freedom of navigation operations aimed at challenging what it sees as Chinese activity limiting freedom of movement in the strategic waters.

In particular, the United States has criticised China's construction of islands on tiny reefs and shoals and its installation of military facilities on them, including air strips and docks.

China claims "irrefutable" sovereignty over most of the South China Sea and the islands in it, and accuses the United States of raising military tension with its navy presence there.

Brunei, Malaysia, the Philippines and Vietnam all claim parts of the waterway, through which about $5 trillion in ship-borne trade passes each year. Taiwan also claims the waters.