"But it's a phase that Xinjiang has to go through in rebuilding peace and prosperity and it will transition to normal governance." 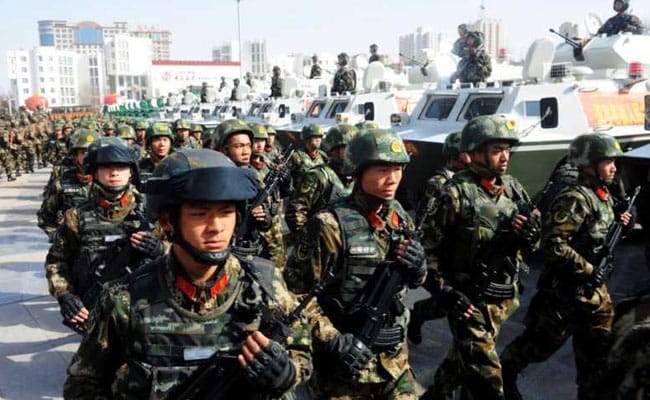 Massively stepped-up security in China's restive far western region of Xinjiang has helped prevent "great tragedy", a state-run newspaper said on Monday, in the country's first response to a critical United Nations report on the situation there.

A UN human rights panel said on Friday that it had received many credible reports that 1 million ethnic Uighurs in China are held in what resembles a "massive internment camp that is shrouded in secrecy".

China has said that Xinjiang faces a serious threat from terrorists and separatists who plot attacks and stir up tensions between the mostly Muslim Uighur minority who call the region home and the ethnic Han Chinese majority.

Hundreds have died in unrest there in recent years.

In joint editorials in its Chinese and English versions, the widely-read Global Times tabloid said criticism of the rights record in Xinjiang was aimed at stirring trouble there and destroying hard-earned stability.

China's security presence there has prevented Xinjiang from becoming another Syria or Libya, it added. "There is no doubt that the current peace and stability in Xinjiang is partly due to the high intensity of regulations. Police and security posts can be seen everywhere in Xinjiang," the paper wrote.

"But it's a phase that Xinjiang has to go through in rebuilding peace and prosperity and it will transition to normal governance."

Maintaining peace and stability there is in the basic interest of people in Xinjiang and all of China, it added.

"The turnaround in Xinjiang's security situation has avoided a great tragedy and saved countless lives, thanks to powerful Chinese law and the strong ruling power of the Communist Party of China," the paper wrote.

"What the West has been hyping has destroyed numerous countries and regions. When the same evil influence was spreading in Xinjiang, it was decisively curbed."

Xinjiang has "no room for destructive Western public opinions", and all steps must be taken to ensure its stability, it said.

"Peace and stability must come above all else. With this as the goal, all measures can be tried. We must hold onto our belief that keeping turmoil away from Xinjiang is the greatest human right."

China's Foreign Ministry has not yet responded to a request for comment on the United Nations report.