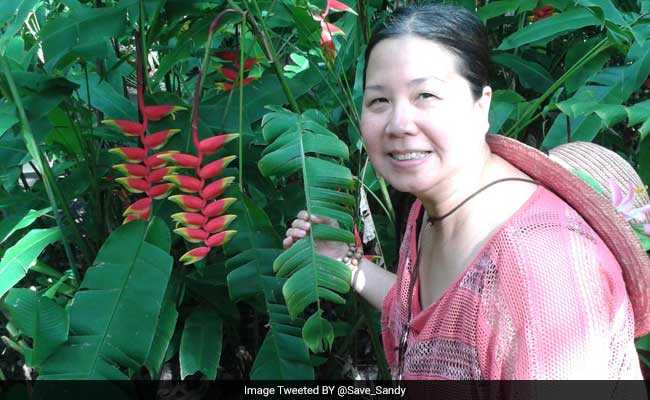 Sandy Phan-Gillis was detained in March 2015 at the Macau border.

Washington: An American woman held for more than two years by China has been deported to the United States after being convicted of espionage, the US State Department confirmed on Sunday.

Sandy Phan-Gillis was detained in March 2015 at the Macau border after visiting mainland China with a trade delegation from the Texas oil capital Houston.

She was accused of espionage, stealing state secrets and allegedly passing on intelligence to a third party. She was sentenced Wednesday to three and a half years in prison and deportation.

"We are aware that Chinese authorities deported Ms. Phan-Gillis back to the United States," a State Department official said. "The United States welcomes her home."

A human rights group based in San Francisco, Dui Hua, said Phan-Gillis was deported on Friday and arrived home the same day in Los Angeles.

"She was met upon arrival by her husband and members of her family," the group said in a statement.

Her return to the US comes three weeks after Chinese President Xi Jinping met US President Donald Trump in Florida, amid a warming of ties between the two countries.

Since that first face-to-face meeting, the two presidents "have been in constant touch with each other," Chinese foreign ministry spokesperson Geng Shuang said Friday.

Dui Hua said negotiations to secure the release of Phan-Gillis were stepped up during US Secretary of State Rex Tillerson's visit to Beijing in March 2017.

"Tillerson's State Department was assisted by the White House in bringing the negotiations to a successful conclusion."

The UN Working Group on Arbitrary Detention last year denounced China's handling of the case, saying it had not observed "international norms relating to the right to a fair trial and to liberty and security."

Violations by Chinese authorities were of "such gravity as to give the deprivation of liberty of Ms. Phan-Gillis an arbitrary character," it noted in a report released last July.

Phan-Gillis was held for six months at a secret location and later at a detention center in Guangxi, where she was initially put in solitary confinement, the working group said.

Her husband Jeff Gillis had campaigned for her freedom, setting up a website "savesandy.org" which has now been taken down.

Promoted
Listen to the latest songs, only on JioSaavn.com
According to an archived version of the site, Phan-Gillis has family origins in southern China but was born in Vietnam.

She left that country in the late 1970s as part of the exodus of "boat people" who fled Communist rule.