China Denies US' Allegation That Coronavirus Originated From Wuhan Lab

Chinese Foreign Ministry spokesperson Hua Chunying's remarks came amidst reports that a ten-member team of the World Health Organisation (WHO) scientists would visit China this month. 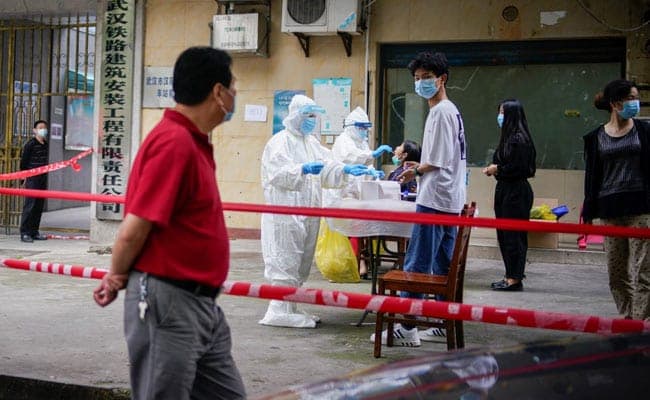 China has been proactively questioning the widely-held view that outbreak broke out in Wuhan. (File)

China on Monday vehemently refuted the US charge that the novel coronavirus was leaked from a bio lab in the country and asserted that the pandemic was likely to have been caused by separate outbreaks in multiple places in the world.

Chinese Foreign Ministry spokesperson Hua Chunying's remarks came amidst reports that a ten-member team of the World Health Organisation (WHO) scientists would visit China this month to probe the origin of the coronavirus, which emerged in Wuhan in December 2019.

Beijing is yet to confirm the visit by the WHO team and remained silent about granting permission for it to visit Wuhan city in central China.

"I have no detailed information for you," Ms Hua told a media briefing here when asked about the visit of the WHO team and whether its schedule included a visit to Wuhan.

"China attaches high importance to cooperation with the WHO. We have been providing support and convenience for WHO''s work," Ms Hua said.

China has been proactively questioning the widely-held view that the deadly outbreak broke out in a wet market in Wuhan where the live animals are sold. The market remained closed and sealed since early last year.

In May last year, the World Health Assembly (WHA) - the governing body of the 194-member states of the WHO - approved a resolution to set up an independent inquiry to conduct an "impartial, independent and comprehensive evaluation" of the international response as well as that of WHO.

It also asked the WHO to investigate the "source of the virus and the route of introduction to the human population".

"We raced against time and were the first country to report cases to the world," Chinese Foreign Minister Wang Yi said in interviews to the official media over the weekend.

"More and more research suggests that the pandemic was likely to have been caused by separate outbreaks in multiple places in the world," he said.

"When hit by an unknown coronavirus, China took immediate actions to carry out epidemiological investigation, identify the pathogen and publicise key information including the genome sequencing of the virus. All this sounded alarm bells across the world," Mr Wang said, adding that China "took the most rigorous control measures to fight the virus".

In her media briefing on Monday, Ms Hua launched a scathing criticism against the US, saying Washington should produce evidence to back its charge that the virus emerged from the Wuhan Institute of Virology (WIV).

She in-turn called for a WHO probe into American military run bio labs while replying to a question on latest allegations by the US National Security Adviser Matthew Pottinger that the COVID-19 has been leaked from the WIV.

"There is a growing body of evidence that the (Wuhan) lab is likely the most credible source of the virus," Mr Pottinger, a staunch critic of Beijing, allegedly made the claim in a recent virtual meeting with UK officials, according to a British media report.

His allegation is nothing new as US President Donald Trump, who termed COVID-19 as "China virus", too had alleged last year that the institute may have been responsible and called for an inquiry.

"Maybe you could ask the senior US officials since they are considering origin tracing such a priority why doesn''t the US invite the WHO experts to investigate the virus in the US considering the links between the Fort Detrick lab (in Maryland) and the major flu last fall and the pandemic," Ms Hua said.

"Why doesn't the US invite journalists there," she asked.

Ms Hua said, "regarding the Wuhan lab making or leaking of the virus almost all the scientists and experts in the world including Dr Anthony Fauci, (director of the National Institute of Allergy and Infectious Diseases) openly denied this".

"Many media including American ones interviewed officials of Wuhan Institute of Virology to see the truth," she said.

"Pottinger is still hyping despicable lies and rumours. Does it reflect his own stand or that of the official stand of the US government? The US should present evidence on this. There are more reports showing evidence that pandemic broke out in multiple locations in 2020," she said.

"We hope that the WHO can lead the scientists in conducting the tracing of the organ of the virus so that we find out the truth at an early date," Ms Hua said.