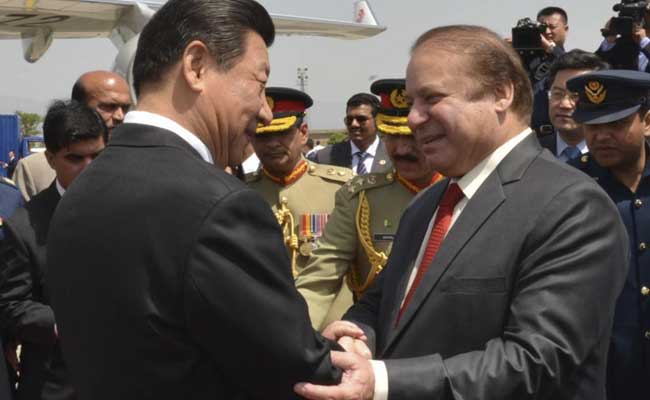 China has defended Pakistan on terror, said "We oppose linking terrorism with any specific country"

Beijing: A day after Prime Minister Narendra Modi called Pakistan a "mothership of terrorism", China today strongly defended its all-weather ally, saying it is against linking any country or religion with terror and asked the world community to acknowledge Pakistan's "great sacrifices".

In a sharp reaction to a question about PM Modi's characterisation of Pakistan at the BRICS Summit in Goa, spokesperson of the Chinese Foreign Ministry Hua Chunying said China is opposed to linking any country to terrorism.

Answering a question on Prime Minister Modi's criticism of Islamabad in aiding and abetting terror groups opposed to India, she said "on counter-terrorism, China's position is consistent".

"It is the same way we oppose linking terrorism with any specific country or religion," she said.

"We oppose terrorism in all forms and we believe that international concerted efforts are needed to ensure stability and security of all countries," she said.

"We oppose linking terrorism with any specific ethnicity or religion. This is our long-standing position. China and Pakistan are all-weather friends."

Noting that India and Pakistan are "all victims of terrorism", she said Islamabad has made "great sacrifice to combat terrorism and this needs to be recognised by the international community".

To another question about PM Modi's criticism that Pakistan continues to support anti-India terrorist groups giving them arms, financial support and helping them to cross the border to carry out attacks in India and whether it is China's view that international community should not take a stand on Islamabad's support to terrorists, Hu said: "I understand your concern."

"But, as I said on counter-terrorism China's position is consistent. It is the same way we oppose linking terrorism with specific country or religion," she said.

"As per the problem between India and Pakistan, both the two countries are close neighbours of China. We truly hope that they can resolve these differences in a peaceful way through dialogue and consultation, so that India and Pakistan relations can develop. This serves the interest of the two countries and the region," she said.
Comments
China Defends PakistanChina Defends Pak on TerrorChina-Pak TiesChina-Pak RelationsNarendra ModiModi Mothership Remark PakistanPakistan TerrorismChinese Foreign MinistryChinese Foreign Ministry spokeswoman Hua ChunyingBRICS 2016 Goa