China's Xi'an, city of 13 million has been under strict home confinement for two weeks as Beijing sticks to its "zero-Covid" strategy to stamp out all virus cases. 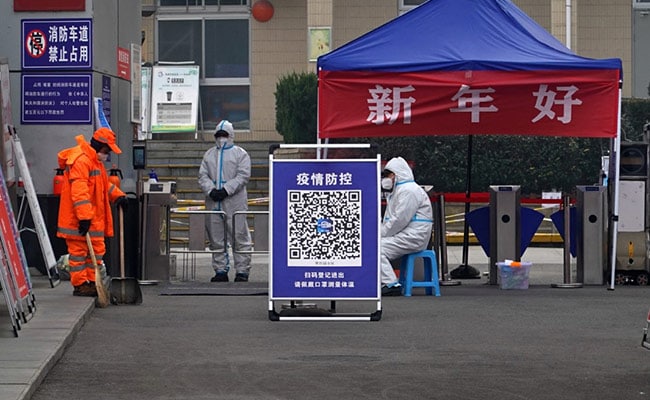 Covid In China: Major cities were locked down in China after surge in Covid infections.

Chinese authorities said Thursday they have punished officials after footage went viral of an eight-month pregnant woman miscarrying in the locked-down city of Xi'an when a hospital refused her entry without a Covid test.

The city of 13 million has been under strict home confinement for two weeks to stamp out an outbreak, in line with Beijing's strict "zero Covid" strategy.

The distressing incident was detailed in a social media post by the woman's niece on January 1, which included photos and video of the woman sitting on a plastic stool outside the hospital surrounded by a pool of blood.

The post was later removed but not before it got hundreds of millions of views and sparked widespread anger online about the hardships faced by Xi'an residents.

The city government said in a statement Thursday the incident at Xi'an Gaoxin Hospital had aroused "widespread concern and caused a bad social impact" and the local health bureau was investigating.

The hospital's general manager was suspended and "responsible persons" at the outpatient department were removed from their posts, it said.

The hospital was also told to "apologise to the public".

Posted on the city government's official WeChat account, the statement got nearly 600 million views within hours of being published -- illustrating the huge interest the case has generated within China.

According to the January 1 post that went viral on the Twitter-like Weibo platform, staff refused to admit the heavily pregnant woman for two hours because she did not have a negative Covid test within the last 48 hours.

Her niece wrote that her negative test result had expired just a few hours earlier.

AFP could not verify the post, and calls to the hospital went unanswered.

On Wednesday, officials told reporters that Xi'an was opening "green channels" to provide quick access to medical services to certain groups -- such as pregnant women and patients with critical illnesses -- without referencing the case.

The pledge came as another woman from Xi'an said her father died Monday after several hospitals declined to treat his heart ailment "due to pandemic-related rules".

In a social media post Thursday that has been viewed more than 500 million times, she recounted driving for over eight hours searching for a hospital while her father complained of severe chest pains.

After he was finally admitted, "the doctor said that the delay was too long," she wrote.

It was unclear why hospitals had declined to admit the 61-year-old.

The reports come after Xi'an residents complained of poor access to food and daily essentials during the lockdown. The local government has promised to deliver supplies to those who need it but admitted some issues with logistics.

Coronavirus cases in China remain very low by international standards. But in recent weeks, infections have reached a high not seen since March 2020.

There were 189 cases reported Thursday, including 63 in Xi'an.

Those deemed to have failed in preventing virus outbreaks in China are often sacked or punished.