Covid In China: Beijing has been battling its worst outbreak since the pandemic started. The Omicron variant has infected over 1,300 since late April, leading city restaurants, schools and tourist attractions to be closed indefinitely. 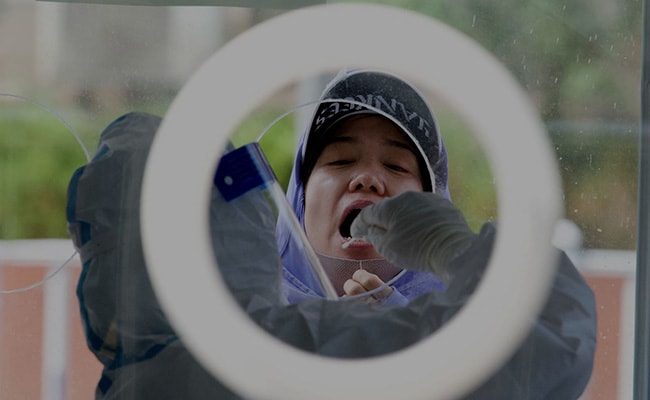 Thousands of Covid-negative Beijing residents were relocated to quarantine hotels overnight due to a handful of infections, as the capital begins to take more extreme control measures resembling virus-hit Shanghai.

Beijing has been battling its worst outbreak since the pandemic started. The Omicron variant has infected over 1,300 since late April, leading city restaurants, schools and tourist attractions to be closed indefinitely.

Over 13,000 residents of the locked-down Nanxinyuan residential compound in southeast Beijing were relocated to quarantine hotels overnight Friday due to 26 new infections discovered in recent days, according to photos and a government notice widely shared on social media.

"Please cooperate, otherwise you will bear the corresponding legal consequences."

Social media photos showed hundreds of residents with luggage queueing in the dark to board coaches parked outside the compound.

"Some of us have been locked down for 28 days since April 23, and we all tested negative throughout," wrote one resident on the Twitter-like Weibo.

"A lot of my neighbours are elderly or have young children."

Liu told AFP that they were only notified of the move half a day in advance, but said he was satisfied with the hotel.

Residents were told to pack their clothes and essential belongings, and that their homes would be disinfected afterwards, according to screenshots shared on Weibo.

Last month, thousands of Covid-negative Shanghai residents were bussed to makeshift quarantine centres hundreds of kilometres away as the metropolis of 25 million doubled down on efforts to contain the spread of the virus.

Weibo users expressed widespread anxiety that Beijing authorities were taking a similar approach to Shanghai, where residents have chafed under a months-long lockdown that has denied many people adequate access to food and medical care.

The Weibo hashtag "All residents of Nanxinyuan compound were dragged to quarantine" was blocked by Saturday morning.

"This is exactly the same as Shanghai, the first step is to cut off water and electricity, then demand keys... then disinfect homes. Electrical appliances, wooden furniture, clothes, food -- they're all done for," read one comment.

Chaoyang District disease control authorities told AFP that it does not release information externally and to rely on the Beijing authorities' Covid press conference.

Beijing authorities on Saturday extended work from home guidance to one more district, one day after halting the vast majority of public bus and subway services.