The site of the dam in the Batang Toru rainforest on Sumatra island is the only known habitat of the Tapanuli orangutan, a newly discovered species that numbers about 800 individuals in total. 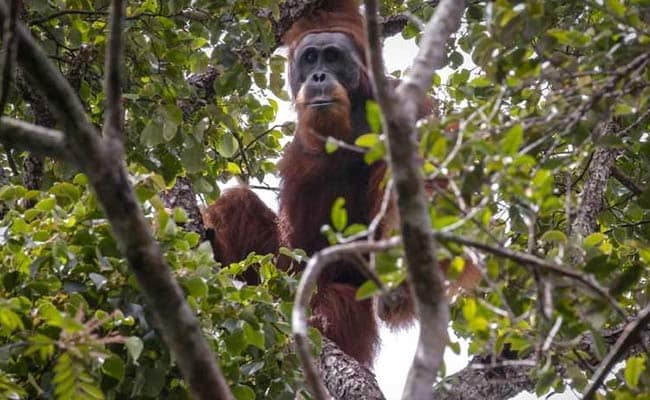 A Tapanuli orangutan in the Batang Toru rainforest on Sumatra island. (AFP)

A billion-dollar hydroelectric dam development in Indonesia that threatens the habitat of the world's rarest great ape has sparked fresh concerns about the impact of China's globe-spanning infrastructure drive.

The site of the dam in the Batang Toru rainforest on Sumatra island is the only known habitat of the Tapanuli orangutan, a newly discovered species that numbers about 800 individuals in total.

The $1.6 billion project, which is expected to be operational by 2022, will cut through the heart of the critically endangered animal's habitat, which is also home to agile gibbons, siamangs and Sumatran tigers.

Chinese SOE Sinohydro, which built the mammoth Three Gorges Dam, has been awarded the design and construction contract for the project.

The development is one of dozens being pushed by the government to improve electricity supply throughout the sprawling archipelago, parts of which are regularly plagued by blackouts.

But the Chinese-backed project has sparked fierce resistance from conservationists, who say the potential environmental risk has already seen the World Bank Group shy away from involvement. 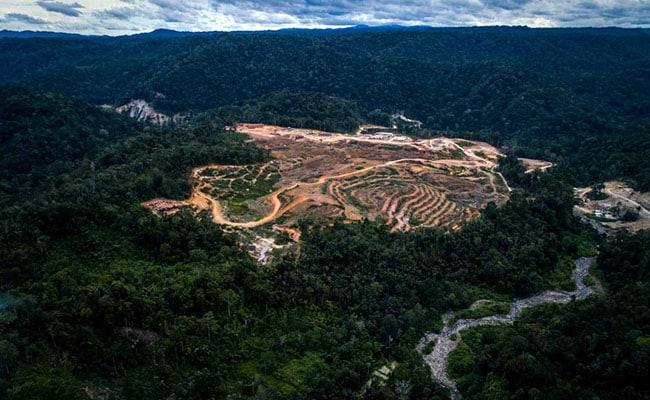 An aerial view of a gold mine owned by PT. (AFP)

Its Chinese backers appear undeterred, however, something critics say underscores the troubling environmental impact of Beijing's trademark "Belt and Road Initiative", which seeks to link Asia, Europe and Africa with a network of ports, highways and railways.

"This issue is becoming in some ways the face of the Belt and Road initiative," Professor Bill Laurance, director of the Centre for Tropical Environmental and Sustainability Science at James Cook University in Australia, told AFP.

"I think this crystallises in a way that people can understand what a tsunami of 7,000-plus projects will mean for nature."

Until recently, scientists thought there were only two genetically distinct types of orangutan, Bornean and Sumatran.

But in 1997 biological anthropologist Erik Meijaard observed an isolated population of the great apes in Batang Toru, south of the known habitat for Sumatran orangutans, and scientists began to investigate if it was a unique species.

Researchers studied the DNA, skulls and teeth of 33 orangutans killed in human-animal conflict before concluding that they had indeed discovered a new species, giving it the scientific name Pongo tapanuliensis or Tapanuli orangutan. 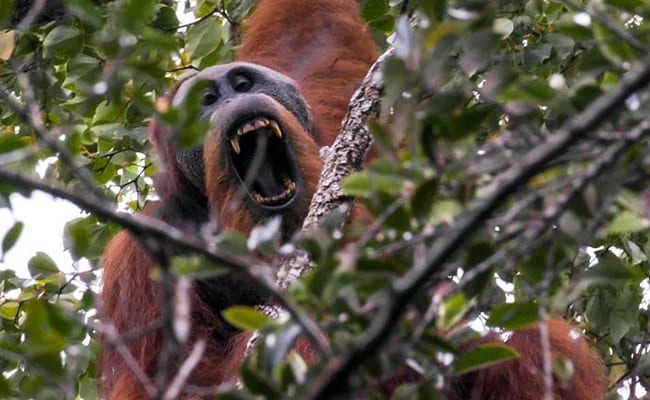 A Tapanuli orangutan in the Batang Toru rainforest. (AFP)

The 510-megawatt dam, which will supply peak-load electricity to North Sumatra province, will flood part of the ape's habitat and include a network of roads and high-voltage transmission lines.

Critics say it will fragment the three existing populations, who are living in a tract of forest less than one-fifth the size of the greater Jakarta region, and lead to inbreeding.

Meijaard said the dam would be the "death knell" for the animal.

"Roads bring in hunters (and) settlers -- it's the start, generally, of things falling apart," he told AFP.

But the plight of the cinnamon-furred ape seems to have been given little attention in the environmental impact assessment by PT North Sumatra Hydro Energy, according to conservationists and scientists who have seen the document.

In August, the Indonesian Forum for the Environment (Walhi) filed a legal challenge against the environmental permit approved by the North Sumatra government, saying it failed to address the dam's impact on wildlife, communities living downstream, or the risk of damage from earthquakes in the seismically active region.

Bank of China said in a statement it did not comment on specific projects, but added it takes "all relevant factors into consideration when formulating policies and making decisions." 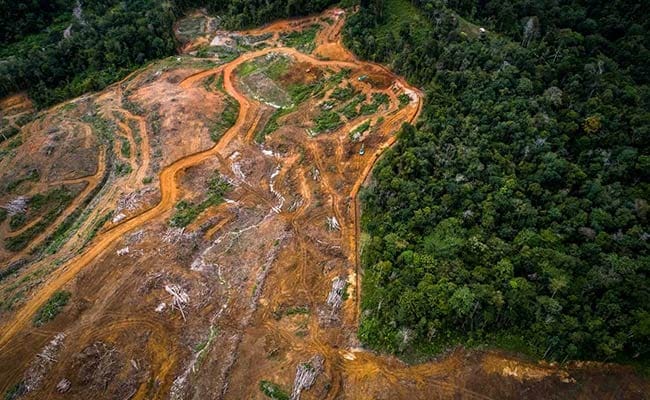 Aerial view of land cleared as a staging area for the building of a new hydroelectric dam in the Batang Toru rainforest. (AFP)

The World Bank, through its sister organisation the International Finance Corporation, declined to comment on any aspect of its initial ties to the project -- outlined in World Bank documents dated March 2017 -- or environmentalists' claims it pulled out due to habitat concerns.

The Batang Toru project is not the only development in Indonesia linked to the Belt and Road initiative, which aims to bolster Chinese influence abroad.

"We really hope the financial backers of this project will see there are environmental and social problems with the project and decide not to support the project," said Yuyun Eknas of the Indonesian Forum for the Environment (Walhi).

"The World Bank has pulled out. We hope the Bank of China will do the same."