In a telephone interview with Reuters from his home in the United States on Thursday night, Juan Carlos Cruz said Pope Francis had "set the clock back years and years" with his recent comments casting doubt on the credibility of abuse survivors. 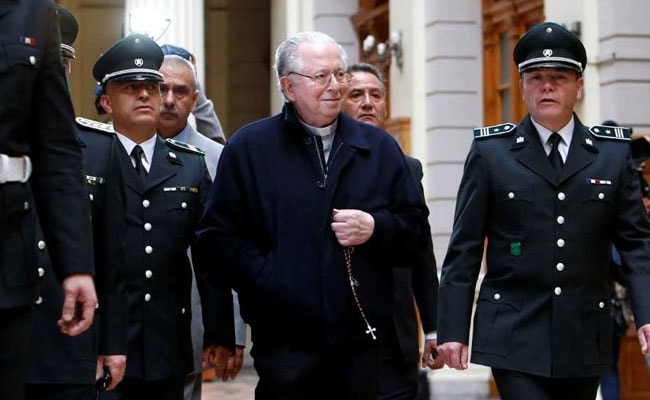 Rome: A Chilean survivor of clerical sexual abuse who is the key witness in the case of a bishop accused of covering it up says a Vatican investigation must be rigorous and fair if the church is to salvage its reputation on the issue.

In a telephone interview with Reuters from his home in the United States on Thursday night, Juan Carlos Cruz said Pope Francis had "set the clock back years and years" with his recent comments casting doubt on the credibility of abuse survivors.

On Jan. 30, the Vatican said the pope had appointed the church's most experienced sexual abuse investigator to look into accusations that Bishop Juan Barros of the diocese of Osorno in Chile had covered up crimes against minors.

It was a dramatic U-turn for the pope, who eight days earlier told reporters aboard his plane returning from Latin America he was sure Barros was innocent and that the Vatican had received no concrete evidence against him.

Cruz said he had been "very touched and grateful" when the investigator, Archbishop Charles Scicluna of Malta, telephoned him to arrange a meeting in New York next week on his way to Chile.

But while he realised that pope's decision to send Scicluna to investigate was "a big deal" for the Vatican, he added that it would not be enough to "put a band-aid over our case by bringing in an investigator".

"We never received any apology from the pope. I want a fair investigation from Scicluna," Cruz said.

As a teenager, Cruz was sexually abused by the Rev. Fernando Karadima, who was found guilty in a Vatican investigation in 2011 of abusing him and other teenage boys over many years. Karadima always denied the allegations.

The Vatican ordered him to follow a life of prayer and penitence and banned him from public ministry, but he avoided criminal prosecution because under Chilean law too much time had elapsed since the offences. The 87-year-old still lives in Chile.

Cruz says Barros witnessed the abuse by Karadima, who was Barros's mentor years ago in a Santiago parish. Barros has always denied this and said he was unaware of any wrongdoing by Karadima, who had trained him to become a priest.

The Karadima case has gripped Chile for years and many Chileans protested the pope's decision to make Barros a bishop in 2015. It cast a long shadow over the pope's trip to Chile last month.

During his visit, the pope testily told a Chilean reporter: "The day I see proof against Bishop Barros, then I will talk. There is not a single piece of evidence against him. It is all slander. Is that clear?"

He later apologised to survivors, acknowledging that his choice of words and tone of voice had "wounded many".

Cruz told Reuters the Vatican investigation should end with Barros's dismissal, which many parishioners and politicians have demanded.

They should "set the record straight, to frankly admit that they were wrong (in making Barros a bishop), that they let this happen and let this go forward to where we are sadly now," Cruz said.

About a week after the Vatican announced plans to send Scicluna to investigate, the pope's stated position that he was not aware of evidence against Barros or that any accusers had come forward was put into doubt.

Marie Collins, a former member of a Vatican commission on sexual abuse, said she and three other commission members had in 2015 given Cardinal Sean O'Malley of Boston an eight-page letter addressed to the pope by Cruz in which he graphically described his abuse by Karadima while Barros was allegedly present.

Collins's comments were first reported by the Associated Press.

Cruz told Reuters on Thursday that O'Malley had told him the letter had been passed on to the pope. A spokesman for O'Malley declined to comment on Friday, referring all questions to the Vatican. A Vatican spokesman also had no comment.

Collins said in a tweet on Friday that only the pope could say if he had read Cruz's letter or not. Cruz said it was possible that the pope had not read it.

Promoted
Listen to the latest songs, only on JioSaavn.com
But advocates for sexual abuse survivors said that, even if Francis had not read the missive, it was implausible that he was not aware of the many reports of Barros allegedly witnessing abuse by Karadima, given their close relationship at the time.

"Such ignorance by the pope would suggest that the Vatican has no system in place for responding to allegations, despite 15 years of scandal and assurances to the contrary," said Anne Barrett-Doyle, co-director of Boston-based research group BishopAccountability.org.
© Thomson Reuters 2018