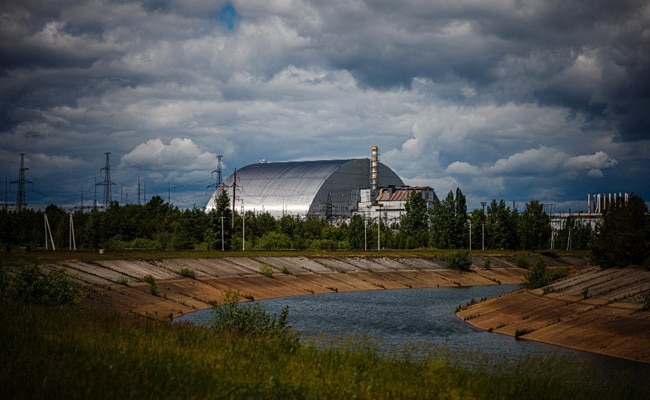 The massive disaster occurred on April 26, 1986, at the Chernobyl Nuclear Power Plant's No. 4 reactor.

The 1986 Chernobyl nuclear reactor disaster's radioactive fallout has caused the Eastern tree frogs in Ukraine to rapidly evolve, according to a report from Newsweek. The massive disaster occurred on April 26, 1986, at the Chernobyl Nuclear Power Plant's No. 4 reactor, close to the Ukrainian Soviet Socialist Republic (SSR) city of Pripyat.

The Eastern tree frog (Hyla orientalis) in Ukraine has seen a shift in skin colour from green to black as a result of the radiation from this catastrophe.

Tree frogs living within the Chernobyl Exclusion Zone had a remarkably darker dorsal skin coloration than frogs from outside the Zone. The explosion of reactor number four at the Chernobyl Plant ignited an open fire that had been burning inside the reactor core for days. Airborne radioactive contaminants were consequently released and dispersed throughout the majority of neighbouring Europe, including Ukraine.

These radioactive isotopes (unstable form of a chemical element that releases radiation), which are mostly the fission byproducts from the disaster, emit ionising radiation (type of energy that affects things including air, water, and biological tissue by removing electrons from their atoms and molecules) that can damage DNA and result in genetic mutations.

"In terms of frog body condition or oxidative state, the preservation of dark skin pigmentation was not associated with physiological expenses, and we were unable to spot any sudden changes in frog colour," said the authors of the study.

"Dark coloration is known to protect against different sources of radiation by neutralizing free radicals (unstable molecule) and reducing DNA damage, and, particularly melanin pigmentation has been proposed as a buffering mechanism against ionizing radiation," the study further said.

These mutations can cause cancer and death, birth defects, or, in a small number of instances, benign mutations that are passed on to the following generation. This kind of evolution is fueled by radiation.