Charlie Hebdo Will Come Out Next Week, Despite Bloodbath 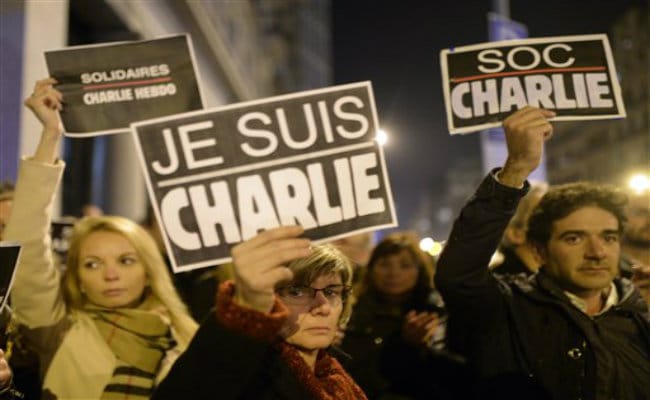 People attend a demonstration in solidarity with those killed in an attack at the Paris offices of weekly newspaper Charlie Hebdo, at the French Consulate in Barcelona, Spain, Wednesday, Jan 7, 2015. (Associated Press)

Paris: The French satirical newspaper whose staff was decimated in an Islamist attack will come out as scheduled next week, one of its surviving staffers told AFP on Thursday.

Charlie Hebdo will publish next Wednesday to defiantly show that "stupidity will not win," said columnist Patrick Pelloux, adding that the remaining staff will soon meet.

"It's very hard. We are all suffering, with grief, with fear, but we will do it anyway because stupidity will not win," he said.

Promoted
Listen to the latest songs, only on JioSaavn.com
He added that the publication would have to be put together outside Charlie Hebdo's headquarters which were not accessible following the massacre.