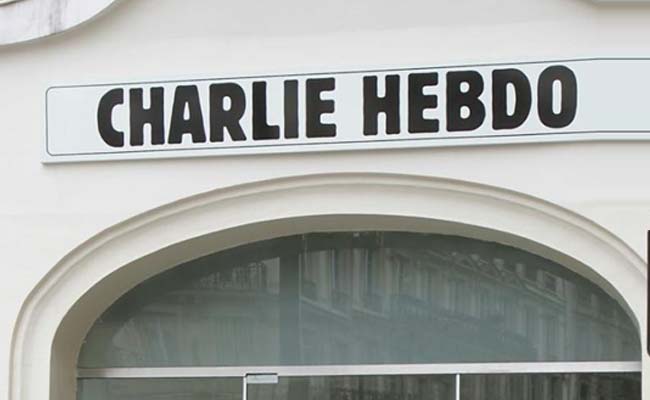 Paris: French satirical magazine Charlie Hebdo is courting controversy again by running cartoons deriding the response of predominantly Christian European countries to a flood of migrants from mainly Muslim war zones such as Syria and Iraq.

The magazine became a symbol of freedom of speech after it was the target of a deadly attack by Islamist militants in January for publishing cartoons mocking the Prophet Mohammad.

The latest edition has attracted renewed attention -- and criticism on social media.

One drawing plays on the harrowing photo of Aylan Kurdi, the drowned Syrian child whose body washed up on a beach in Turkey after a failed attempt to cross by boat with his family to Greece. The photograph galvanised world attention on the refugee crisis.

The Charlie Hebdo cartoon shows a toddler in shorts and a T-shirt face-down on the shoreline beside an advertising billboard that offers two children's meal menus for the price of one.

"So close to making it..." the caption says.

Another cartoon, also penned by a cartoonist who survived the militant attack on Charlie Hebdo's Paris premises in January, runs under a caption saying: "Proof that Europe is Christian".

It shows a Jesus-like figure walking on the water while another, smaller figure wearing shorts is up-ended in the water, with the former saying "Christians walk on water" and the latter "Muslim children sink".

Newspapers from Asia to North America noted the cartoons.

Many other media outlets stopped short of condemning the enfant terrible of the French press but suggested Charlie Hebdo could face further troubles or legal woes for its latest work.

Britain's The Independent, however, quoted expert Maajid Nawaz of the Quilliam think-tank as saying the cartoons were clearly intended as an indictment of European failings towards migrants.

Some other media outlets also said they appeared to be above all denouncing hypocrisy and consumerism in Europe.

The newspaper received an outpouring of solidarity after the January attack, in which two assailants killed 12 people in all, including its editor-in-chief and top cartoonists.

It had been struggling financially with weekly sales as low as 30,000 but went on to sell millions of copies worldwide.

The slogan "Je Suis Charlie", or "I am Charlie", resounded around the world.

But many social network users vented anger and frustration over the new cartoons, turning to a new Twitter hashtag -- #JeNeSuisPasCharlie (I Am Not Charlie).
© Thomson Reuters 2015