The seven-year-old apparently violated the safety protocols and tried to make a move while it was the robot's turn to play, officials explained. 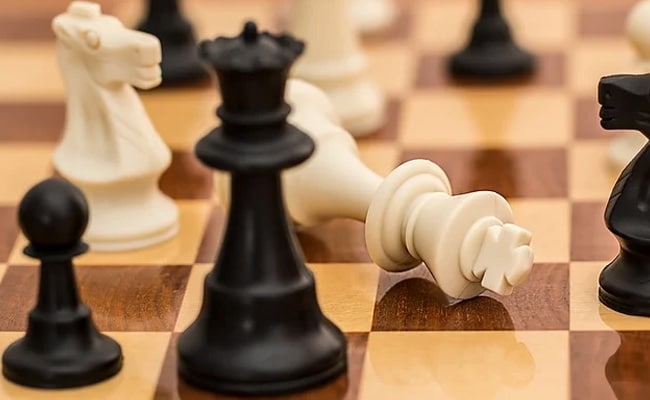 Following the incident, the boy's finger was fractured and scratched. (Representative Pic/Pixabay)

A seven-year-old boy recently had his finger broken by a chess-playing robot during a tournament in Moscow, Russia. The incident took place on July 19 at the Moscow Chess Open tournament. The Vice President of the Chess Federation of Russia, Sergey Smagin,  informed that the robot broke the boy's finger when the child went for a swift move without waiting for the necessary time for the machine to complete its action, as per Newsweek.

A video from inside the venue is now doing rounds on social media. It shows the child moving his piece before the robot finished moving its own. Moments later, the boy appears to have his finger trapped by the robot's hand. However, bystanders intervene shortly after and manage to free the child from the clutches of the robot arm.

As per the outlet, the seven-year-old boy has been identified as Christopher. He is among the 30 strongest chess players in Moscow aged up to nine years old. Following the incident, his finger was fractured and scratched.

Mr Smagin explained that the seven-year-old apparently violated the safety protocols and tried to make a move while it was the robot's turn to play. “This is an extremely rare case, the first in my memory,” he said. Mr Smagin also went on to describe the boy's injuries as “nothing serious” and added that he was able to continue playing with a cast on his finger, attend the awards ceremony and even sign documents.

"The boy is all right. They put a plaster cast on the finger to heal faster. Yes, there are certain safety rules and the child, apparently, violated them and, when he made a move, did not notice that he had to wait. This is an extremely rare case, the first I can recall," said Mr Smagin, according to Newsweek.

Meanwhile, as per the Russian media outlet, RT, the child's parents have decided to contact the Moscow prosecutor's office. But the officials have stated that the chess federation will sort it out and try to help in any way they can.