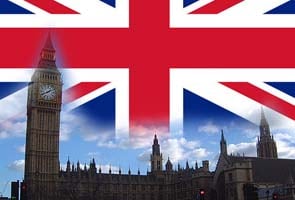 London: Caste-based discrimination exists across Britain, a new research commissioned by UK government has found, prompting further calls to outlaw the malpractice that blights the lives of many people with origins in the Indian sub-continent.

The research, commissioned as part of the debate over the Equalities Bill 2010 that received royal assent in April, was conducted by the National Institute of Economic and Social Research (NIESR), which published its findings today.

India's position at international fora has always been that caste is not an aspect of race. It had succeeded in keeping caste out of the resolution adopted at the 2001 Durban conference on racism organised by the United Nations.

The main provisions of the Act came into force in October, according to the Government Equalities Office.

It discussed the claims of groups that insisted on the existence of the practice as well as those who denied it existed in Britain.

The report recommended that "extending the definition of race to include caste would provide further, explicit protection".

It adds that legislations would be the most effective way to tackle it because, "relying on the Indian
community to take action to reduce caste discrimination and harassment is problematic."

The report says: "Caste awareness in Britain is concentrated amongst people with roots in the Indian
sub-continent (who comprise five per cent of the population).

It is not religion specific and is subscribed to by (and affects) members of any or no religion."

The study identified evidence suggesting caste discrimination and harassment of the type covered by the Equality Act 2010 in relation to: work (bullying, recruitment, promotion, task allocation); provision of services; and education (pupil on pupil bullying).

He added: "We would urge all to press the government to enact the long overdue clause on caste contained in the Equality Act 2010."