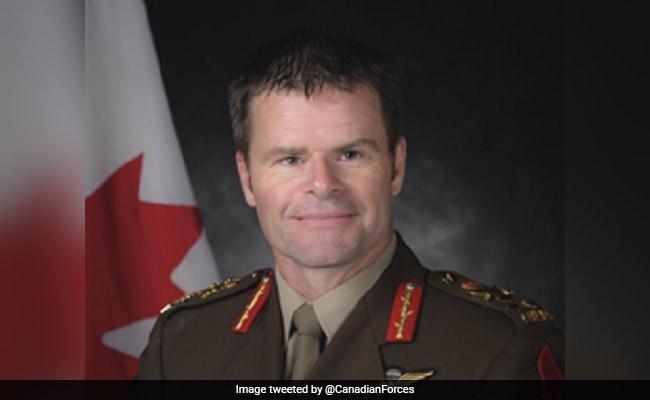 The not-so-simple round of golf drew scrutiny amid concerns about potential for perceived conflict of interest by Rouleau -- he was hierarchical superior of the head of the military police investigating retired General Jonathan Vance.

Vance, who retired in January, denies any wrongdoing.

In a letter, Rouleau acknowledges having played golf June 2 with the former chief of staff and the commander of the Navy but assures that he did not discuss ongoing investigations.

In addition, he said, "I have never issued any instructions or guidelines to the CFPM in regards to any ongoing military police investigations including those involving sexual misconduct."

He said he accepts "fully" how his decision to play the round of golf "has intensified recent events and contributed to further erosion of trust" in the military.

Rouleau said he was being reassigned to unspecified duties in the Canadian Armed Forces Transition Group, which notably assists injured and sick personnel, the army said.

General Frances Jennifer Allen is due to succeed him as Vice Chief of Staff in coming weeks.

The army has been shaken for several months by a series of investigations into high-ranking officers suspected of "sexual misconduct" toward subordinates.

Vance's successor, Admiral Art McDonald, had also left office a few weeks after his appointment, after an investigation into similar charges was opened.

At the end of April, Defence Minister Harjit Sajjan instructed Louise Arbor, a former prosecutor of the International Criminal Tribunal (ICT), to conduct an independent investigation into the handling of cases of sexual harassment within the army.