Canada Hits US With Billions in Retaliatory Tariffs In Steel Row

The Canadian tariffs will be applied to US steel and aluminum as well as consumer products from July 1. 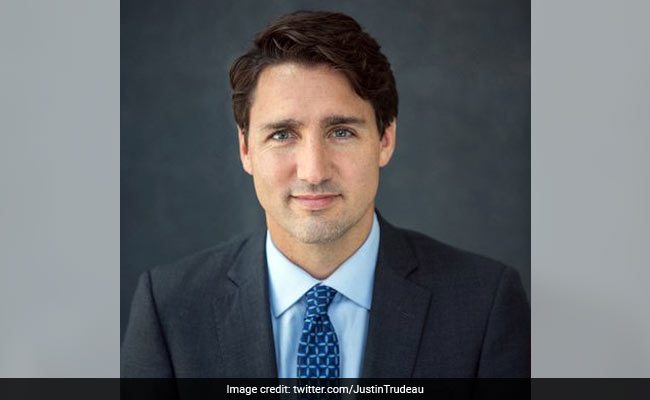 Ottawa: Canada hit back at steep US tariffs on aluminum and steel on Thursday, announcing retaliatory duties on up to Can$16.6 billion (US$12.8 billion) in American imports.

"These tariffs are an affront to the long standing security partnership between Canada and the United States, and in particular, an affront to the thousands of Canadians who have fought and died alongside their American brothers in arms," he said, noting the US national security justification for its measures.

"We have to believe that at some point, common sense will prevail. But we see no sign of that in this action today by the US administration," the prime minister said.

The Canadian tariffs, which Foreign Minister Chrystia Freeland said are proportional to the US duties, will be applied to US steel and aluminum as well as consumer products from July 1.

These items include yogurt, coffee, sugar, toilet paper, sailboats, mattresses, washing machines and lawn mowers -- all aimed at exerting pressure on key US states that export a lot to Canada.

At the same time, Ottawa will challenge the "illegal and counterproductive" US measures under the North American Free Trade Agreement (NAFTA) and at the World Trade Organization, said Freeland.

The tit-for-tat trade spat comes after nine months of negotiations between Canada, Mexico and the United States to revamp NAFTA bogged down.

Washington had granted Canada and Mexico an exemption on the metal tariffs to give the parties time to successfully negotiate a new free trade deal.

But Washington rejected the latest offer from its neighbors to accept a larger US share of North American auto manufacturing in exchange for the US dropping other contentious demands.

Trudeau said he spoke with US President Donald Trump last week and offered to fly to Washington and sit down with him to hammer out the "final details of NAFTA because there were broad lines of a decent win-win-win deal on the table."

But Vice President Mike Pence called back this week to set a NAFTA sunset clause as a precondition for the meeting, which both Canada and Mexico had rejected.

Trudeau said he replied that "there was no possibility of any Canadian prime minister signing a NAFTA deal that included a five-year sunset clause."

Late Thursday, President Donald Trump said in a statement it was made clear to Trudeau that the US "will agree to a fair deal, or there will be no deal at all."

"The United States has been taken advantage of for many decades on trade. Those days are over," he said.

Meanwhile, last month and earlier Thursday, Ottawa also unveiled measures to stop transshipments of steel and aluminum into the North American market, hoping to satisfy US concerns and avert a trade war.

But hope faded when US Commerce Secretary Wilbur Ross announced that the United States would impose tariffs of 25 percent on steel and 10 percent on aluminum from Canada and others from Friday.

Freeland noted that the United States has a US$2 billion trade surplus with Canada in steel, and that "roughly half" of all US steel exports go to Canada.

(This story has not been edited by NDTV staff and is auto-generated from a syndicated feed.)
Comments
US Trade DealCanada