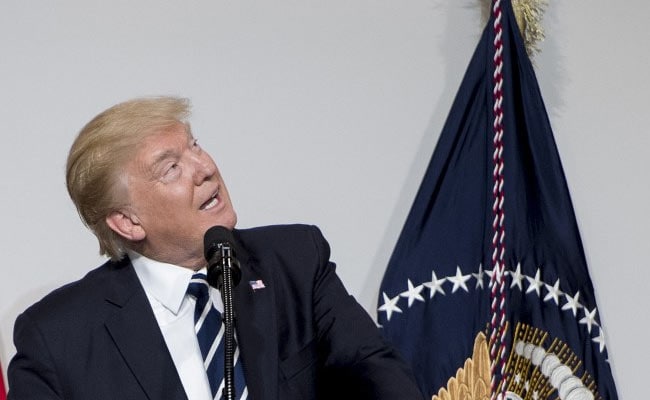 Los Angeles: Three California lawmakers have introduced legislation that would penalize firms keen to take part in President Donald Trump's plan to build a wall along the US-Mexico border.

The legislation announced on Monday calls for California's two public pension funds -- the largest in the nation -- to divest from companies involved in the construction of the controversial barrier.

"Californians build bridges not walls," Phil Ting, one of the three Democratic lawmakers, said in a statement.

"This is a wall of shame and we don't want any part of it. Immigrant stories are the history of America, and this is a nightmare."

Assembly Bill 946 was submitted after the US Customs and Border Protection last week requested design proposals for the wall set to be about 2,000 miles long.

"The state's contracting and investment practices should reflect the values of our state," state representative Lorena Gonzalez Fletcher, who co-authored the bill, said. "It's clear the people of California don't want to invest in the hateful values that the Trump wall represents."

The bill follows similar proposals across the country and beyond.

A lawmaker in New York, Nily Rozic, earlier this year introduced a bill calling for the state to boycott firms that work on the wall.

Mexican construction firms have also been warned against taking part in the project.

On Tuesday, the French construction group Vinci said it was not interested in helping build the wall.

"I have to take into account the reality of my company, our culture, our way of doing things and our sensitivities, not only those of my American colleagues, but around the world," the company CEO Xavier Huillard told French television.

"For these reasons, and this is not at all a value judgment on the United States, we prefer not to touch this wall."

The barrier that Trump has vowed to erect along the US-Mexico border to stem illegal immigration is expected to cost at least $15 billion dollars.
Comments
Donald TrumpMecixo border wall