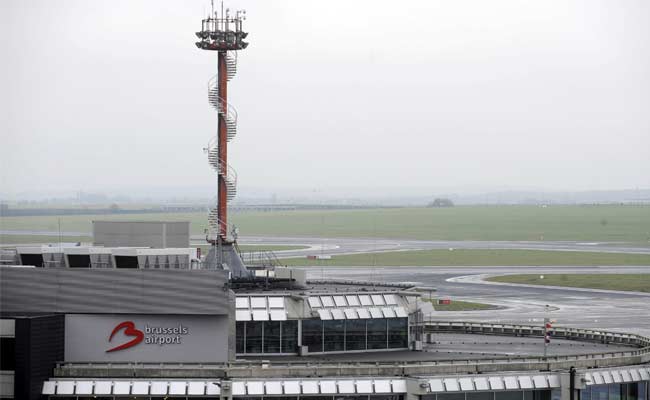 An empty tarmac is pictured at the Brussels Airport in Zaventem, Belgium in this December 15, 2014. (Reuters File Photo)

Brussels: Three weeks after being struck by ISIS suicide bombers, Brussels Airport was forced to close again briefly on Tuesday due to industrial action by Belgian air traffic controllers.

An hour after announcing the problems, the airport operator said in a tweet that limited flights were resuming. At 11.30 p.m. (2130 GMT) an online indicator board showed many flights were cancelled, delayed or diverted on Tuesday evening, but nearly all Wednesday's flights were confirmed, although trade unions have not announced any deal with their employers.

The airport, one of Europe's busiest, had reopened on April 3 with very limited capacity, restricted by temporary structures and tight security after bombs destroyed the departure hall.

Other airports had taken on many connections but at least some of these, including nearby Charleroi, were affected by the controllers' action, which is part of a months-long dispute over employment conditions.

A limited number of departures and arrivals in Brussels Airport were possible in the late afternoon and evening because one smaller trade union did not take part in the action.

Police briefly shut down roads around the airport. The site operator said police had checked a suspicious vehicle nearby and had blocked the access road, which was reopened one hour later.

The road has been the only means of access to the airport for passengers as the railway station has remained closed since the attacks. Along with a suicide bombing on the city's metro, the bombers killed 32 people. Police have arrested several local men accused of plotting the attacks.

Belgocontrol, the agency which handles Belgian air space, said it was seeking a solution with the trade union. Labour leaders asked staff to call in sick on Tuesday due to disagreements over a proposed dispute settlement, including a rise in the minimum retirement age.

"This action by air traffic controllers is a kick in the teeth for all the airline and airport staff who have worked so hard to reconnect Brussels to the world after the appalling terrorist attack just three weeks ago," IATA, the world airlines' main trade association, said in a statement.

Brussels Airlines, the main Belgian carrier whose flights have accounted for the bulk of those operating from Brussels this month, said on its website: "Until 22:00 local time Brussels (2000 GMT), only a limited number of flights can be operated."
© Thomson Reuters 2016