"Bro Handshake" Between Saudi Prince And Putin Has Twitter Buzzing

In a video that has gone viral on social media, the two leaders can be seen clasping each other's hand and breaking into a hearty laughter. The Saudi Prince then pats Vladimir Putin's hand as the two grin from ear to ear. 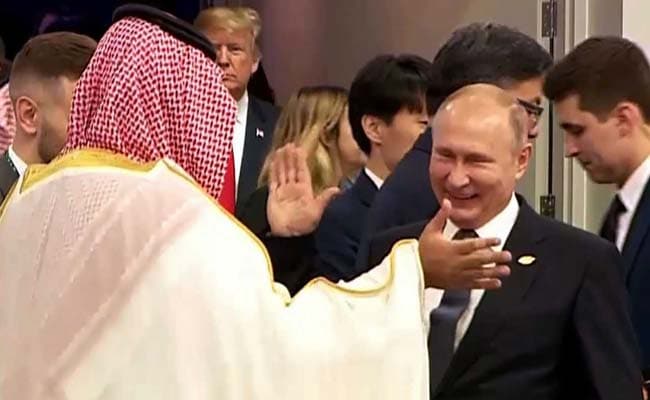 The video of the handshake between the Saudi Crown Prince and Vladimir Putin has gone viral.

A high-spirited handshake between Saudi crown prince Mohammed Bin Salman and Russian President Vladimir Putin during the ongoing G-20 Summit in Argentina has left Twitter buzzing. The Summit marks a return of the crown prince to the international stage after the kingdom came under fire for the killing of journalist Jamal Khashoggi in its Istanbul consulate.

In a video that has gone viral on social media, the two leaders can be seen clasping each other's hand and breaking into a hearty laughter. The Saudi Prince then pats Putin's hand as the two grin from ear to ear.

Watch what happened when Saudi Prince and Vladimir Putin met. US President Donald Trump is also seen in the background:

Putin and MBS greet at the G20 summit. pic.twitter.com/dNrJncU2Ve

Russia and Saudi Arabia, the two countries which are heavyweights in oil production, are known to have close ties. A string of comments have followed the video and users are calling it a friendly sign between the two authoritarian leaders. 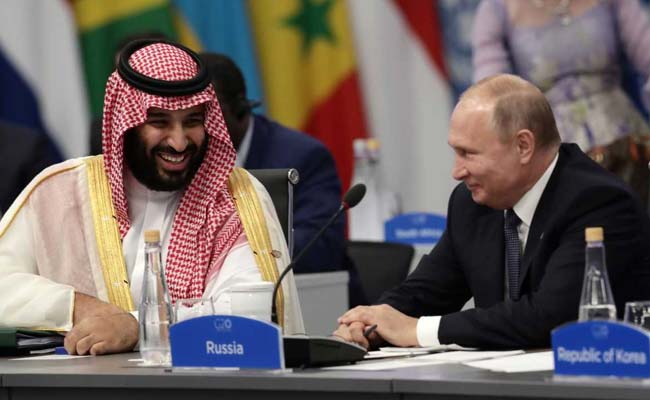 Saudi Prince and Vladimir Putin at the G-20 Summit in Argentina.

"Putin and Crown Prince Mohammed Bin Salman just greeted each other at G-20Summit like two frat boys," a user commented. "Is this the official dictator to dictator handshake," another user asked.

Other world leaders, including Prime Minister Narendra Modi, have also welcomed the Crown Prince at the G20 summit, showing he was no pariah after journalist Khashoggi was killed inside the kingdom's Turkey consulate.

The 33-year-old prince was seen chatting with US President Donald Trump and his daughter Ivanka and shaking hands with French President Emmanuel Macron at the start of a two-day meeting of the world's top economies in Buenos Aires.