A woman unintentionally created a "one in a billion" moment when Google Maps twice recorded her standing in the same location nine years apart. 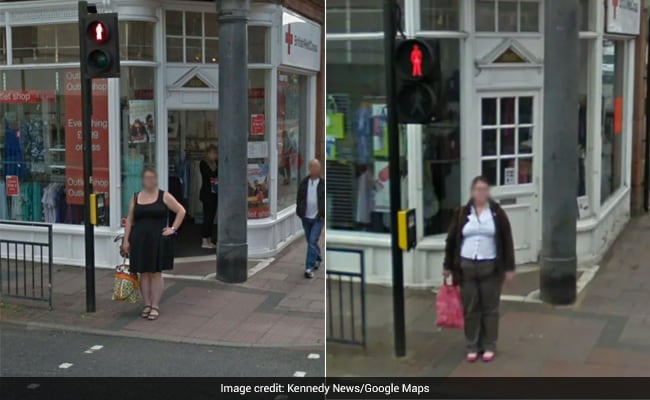 Leanne Sarah Cartwright is seen in a Google Maps image.

A British woman appeared in the same location twice on Google Street View in pictures taken over nine years apart, giving the impression that she got caught in a time bubble. This bizarre incident is regarded as a "one in a billion" occasion.

According to a report by LADbible, Leanne Cartwright was pictured at a traffic crossing on the corner of Victoria Place with a carrier bag in her left arm in April 2009. And then, nine years later, the 41-year-old was remarkably captured by Google in exactly the same position, holding two bags in a similar style in August 2018.

Everything else looks remarkably similar, with the exception of the glass display of the shop behind her and a few signs along the adjacent sidewalk having been modified in the past decade.

Leanne's husband, Richard Cartwright, gave her a Google Maps image showing her crossing a street in Carlisle while holding a bag.

Leanne believed the email was a joke, revealing how the tech company had photographed her in April 2009.

However, she was "flabbergasted" to learn that nine years later, she had appeared in a shot that was nearly identical to the first, down to the very same pavement slab.

"It's like I'm frozen in time. I'm standing on exactly the same paving slab and I've still got a bag on my shoulder. It's so funny but so bizarre" LADbible quoted her as saying.

She added: "People probably think I'm a time traveller. I could be the only person in the world who they've caught in exactly the same place almost a decade later. I did see the car the first time, so when it got published we went on and had a look. Everyone thought it was quite funny, and I didn't mind at all."