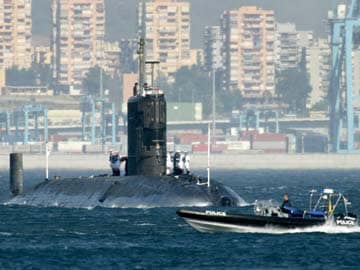 Perth, Australia: The protracted search for missing Flight MH370 was boosted on Wednesday by the arrival of a British submarine in the Indian Ocean ahead of a visit to Australia by Malaysian Prime Minister Najib Razak. (Malaysia releases transcript from missing jet's cockpit)

The personal jet of Oscar-winning New Zealand movie director Peter Jackson is also now reportedly being used in the multinational hunt for the plane that vanished on March 8 with 239 people on board. (Malaysia says may sue over 'false' MH370 media reports)

Despite extensive scouring of remote Indian Ocean waters by planes and ships southwest of Perth where Malaysia believes the plane went down, nothing has been found so far that would indicate a crash site. (Australia warns of lengthy, difficult search for MH370)

"No significant developments to report," the Australian Maritime Safety Authority tweeted after 10 planes returned from flying sorties on Tuesday evening in a now familiar update on drawing a blank. (Malaysia airliner search baffles even US navy super plane)

But in a boost to the search effort, Britain's Royal Navy said submarine HMS Tireless has arrived in the area and "with her advanced underwater search capability will be able to contribute to the attempts to locate the missing plane".

While planes, ships and helicopters have all been deployed, it is the first submarine to be drafted in.

Britain's HMS Echo is also due in the search zone shortly to assist Australia's Ocean Shield naval vessel, which is fitted with a US-supplied "black box" detector and is expected to arrive on Friday.

The battery-powered signal from the black box -- which records flight data and cockpit voice communications that could indicate what happened to the plane -- usually lasts only about 30 days, with time fast running out to find it.

Australia has warned against expectations of quick success in the difficult task of recovering the black box from the deep and vast seas.

Retired Australian air chief marshal Angus Houston, who is heading a new coordination centre in Perth, reiterated Wednesday that the odds were stacked against them.

"The reality is it's the most complex and challenging search and recovery operation I've ever seen," he told national radio.

"If we don't find anything on the surface, we'll have to think about what we do next."
-- Najib due in Perth -

Malaysian Prime Minister Najib is due in Perth on Wednesday evening to tour the air base being used as a staging post and meet with his Australian counterpart Tony Abbott, as well as Houston.

Malaysia's handling of the crisis, marked by piecemeal and occasionally contradictory information, has been widely questioned, especially by disconsolate relatives of the 153 Chinese nationals aboard.

Many of them have alleged incompetence or even a cover-up by Malaysia, straining ties between the two countries, although the rhetoric has eased in recent days.

Despite this, Houston said: "The cooperation with Malaysia has been first class."

In an effort to appease angry relatives, a closed-door briefing is scheduled for Wednesday in Kuala Lumpur with families of those who were on board the plane to hear from technical experts from Malaysia, China and Australia.

On Tuesday, Malaysia Airlines finally revealed the full radio communications with the pilots of the missing flight, but the routine exchanges shed no light on the mystery.

The previously unreleased conversations between MH370's pilots and air traffic controllers had been the subject of much speculation as suspicions have focused on whether one or both of the pilots deliberately diverted the plane.

But they revealed nothing about what happened aboard the ill-fated jet.

"There is no indication of anything abnormal in the transcript," a Malaysian government statement said of the 43 separate transmissions over nearly 54 minutes, which were thick with air-traffic and navigational jargon.

Malaysia's authoritarian government -- which muzzles its own pliant mainstream press -- revealed it was compiling a dossier of "false" media reports over the crisis and would consider filing lawsuits.

Promoted
Listen to the latest songs, only on JioSaavn.com
Transport and Defence Minister Hishammuddin Hussein said on his Twitter feed that the country's attorney general had been instructed to "compile evidence and advise" on possible legal action