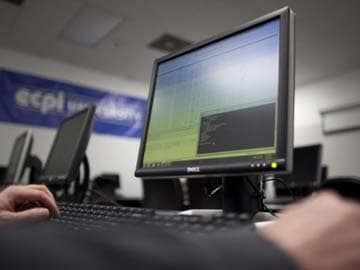 In a broad legal rationale for collecting information from Internet use by its citizens, the British government has reportedly asserted the right to intercept communications that go through services like Facebook, Google and Twitter.

London: In a broad legal rationale for collecting information from Internet use by its citizens, the British government has reportedly asserted the right to intercept communications that go through services like Facebook, Google and Twitter that are based in the United States or other foreign nations, even if they are between people in Britain.

The British position is described in a draft summary of a report to be released Tuesday by Privacy International and other advocacy groups.

The summary, seen by The New York Times, says the findings are based on a government document that the groups obtained through a lawsuit.

According to the summary, the government document says any contact between people in Britain through social networks based elsewhere, or use of search engines located outside Britain, constitutes "external communication," and, as such, is subject to interception, even when no wrongdoing is suspected.

By contrast, under British law, "internal communication" between people based in the country may be intercepted only when there is suspicion of illegal activity as specified in a government-issued warrant overseen by the courts.

It is not clear how loosely the British government is applying such an interpretation of "external communication" or how many warrants it may have obtained under those guidelines to intercept the communications of people in the country.

The British surveillance agency that oversees such activity, the Government Communications Headquarters, declined Monday to affirm the portrayal of its position, citing "a long-standing policy that we do not comment on intelligence matters." But it added, in a statement, that "all of GCHQ's work is carried out in accordance with a strict legal and policy framework which ensures that our activities are authorized, necessary and proportionate."

The government's position is attributed in the draft summary to Charles Farr, director general of the Office for Security and Counter Terrorism, a British government body that helps coordinate the country's anti-terrorism strategy.

Privacy International declined to comment Monday on the summary of its report before its official release. Apprised of the contents of the summary, Google issued a statement that said in part: "We provide user data to governments only in accordance with the law. Our legal team reviews each and every request, and frequently pushes back when requests are overly broad or don't follow the correct process. "

The British government's defense was in response to a lawsuit filed last year by privacy advocates, including Privacy International and Amnesty International, related to disclosures about government surveillance by Edward J. Snowden, a former contractor for the National Security Agency.

Among other things, the privacy groups are calling for the British government to stop using information from Prism, a system that allows the NSA to collect emails of non-Americans abroad, without individualized warrants, from U.S.-based providers like Facebook, Gmail, Yahoo and Hotmail.

The privacy groups also want the British government to stop its Tempora surveillance program, under which an intelligence agency may tap fiber-optic cables carrying Internet traffic in and out of Britain. The cables each day transport millions of emails and web searches, among other personal data.

As part of the legal case, which is to be heard next month by the Investigatory Powers Tribunal, a British court that handles legal cases against the country's intelligence agencies, Farr of the Office for Security and Counter Terrorism will be a crucial witness for the British government in its efforts to keep using the surveillance methods.

Promoted
Listen to the latest songs, only on JioSaavn.com
But the legal defense reflected in the draft summary of the privacy groups' report would be the most detailed discussion that has surfaced of the British government's approach to collecting individuals' communications on some of the most popular Internet services.