The WTO last week gave US the greenlight to slap tariffs on $7.5 billion worth of European Union goods in retaliation for its illegal state support of the planemaker Airbus. 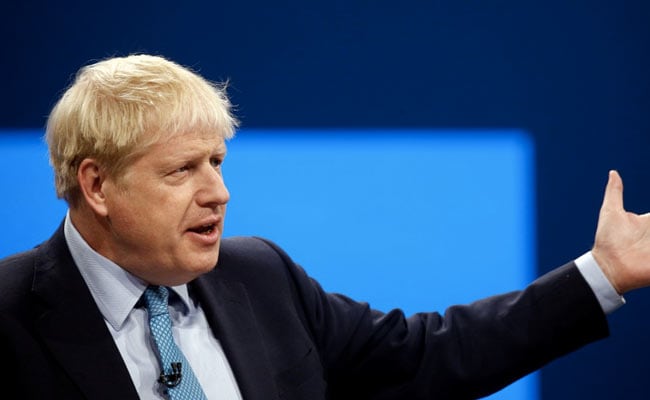 Boris Johnson underlined his disappointment at the US announcement of tariffs. (File)

British Prime Minister Boris Johnson told President Donald Trump in a phone call on Wednesday of his "disappointment" at US tariffs recently announced against EU exports and pressed for them to be scrapped, his office said.

"The Prime Minister underlined his disappointment at the US announcement of tariffs against UK and EU exports in the Airbus-Boeing dispute," a Downing Street spokeswoman said in a statement detailing the conversation.

"(They) will harm a number of industries including Scotch Whisky," it added.

"He pressed the president not to impose the tariffs."

The World Trade Organization (WTO) last week gave Washington the greenlight to slap tariffs on $7.5 billion (6.8 billion euros) worth of European Union goods in retaliation for its illegal state support of the planemaker Airbus.

The ruling is the largest arbitration award in WTO history and a landmark moment in the 15-year long Airbus-Boeing battle, which is set to intensify already strained trade relations between the US and the bloc.

Trump swiftly hailed it a "big win" for the United States, and Washington has announced that the new punitive measures will come into effect on October 18.

But the EU, which has vowed to retaliate and warned US consumers would suffer in the fallout, has also urged Trump to reconsider.

Britain finds itself in an awkward position as it prepares to leave the 28-country European bloc on October 31 and adopt an independent trade policy -- but has yet to finalise a divorce deal with Brussels.

International Trade Secretary Liz Truss said earlier Wednesday that Britain is looking forward to "taking back control" of its trade policy after Brexit and it was preparing to seize "a golden opportunity".

The Airbus-Boeing case began in 2004, when Washington accused Britain, France, Germany and Spain of providing illegal subsidies and grants to support the production of a range of Airbus products.

It has since been mired in the WTO's complex dispute settlement system, which allows for a range of appeals and other challenges.