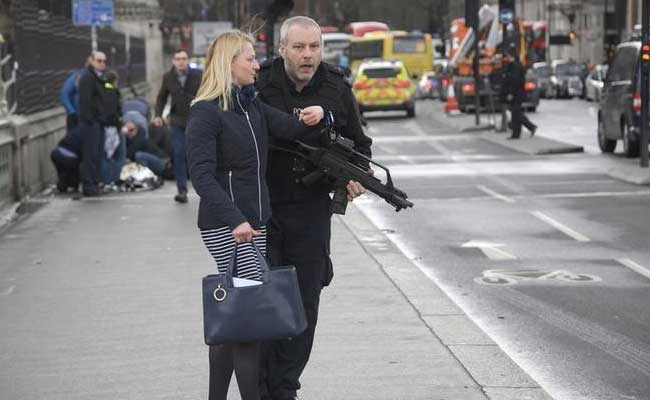 A policeman was stabbed inside the Britain's parliament building and the assailant was shot outside.

London: British police said a security incident outside the UK parliament on Wednesday, which saw a police officer stabbed and his assailant shot besides, several injured was being treated as "terrorist attack".

"Officers, including firearms officers, remain on the scene and we are treating this as a terrorist incident until we know otherwise," police said in a statement.