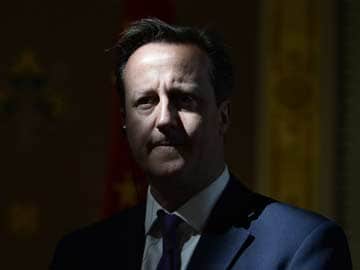 British Prime Minister David Cameron was braced on Wednesday for difficult questions over his decision to hire Andy Coulson as his media chief.

British Prime Minister David Cameron was braced on Wednesday for difficult questions over his decision to hire Andy Coulson as his media chief, as the former News of the World editor convicted of phone hacking awaited a verdict on other charges.

Coulson was found guilty on Tuesday following an eight-month trial, in which the jury dramatically cleared his co-defendant, former colleague and one-time lover Rebekah Brooks of any wrongdoing.

Within hours of the verdict, Cameron issued a sombre televised apology for hiring Coulson as his head of communications in 2007 despite rumours about his involvement in hacking at Rupert Murdoch's now-defunct News of the World tabloid.

But the prime minister is likely to face a grilling in the House of Commons on Wednesday by opposition Labour leader Ed Miliband, who has accused him of bringing "a criminal into the heart of Downing Street".

The sister of a prominent hacking victim, murdered schoolgirl Milly Dowler, added to the pressure by calling on Cameron to keep his promise to change the way newspapers are regulated following the hacking scandal.

The revelation in 2011 that the News of the World had accessed Dowler's voicemail messages when she went missing caused public revulsion and prompted Murdoch to close down the 168-year-old tabloid in disgrace.

She added: "Please keep your promise to us the victims that you will deliver real and permanent change to make sure what happened to us will never happen again."

While Cameron comes under fire, the acquittal of Brooks on charges of phone hacking and bribing public officials took some of the pressure off Murdoch.

She was once a protege of the media mogul, editing both the News of the World and its sister paper The Sun before becoming chief executive of his British newspaper empire.

However, Murdoch now faces the prospect of being interviewed by police over allegations of crime at his British papers, according to The Guardian newspaper.

The daily, which helped expose the hacking scandal, said detectives agreed to wait until the trial ended before formally interviewing Murdoch.

Coulson made no comment following his conviction, for which he could face jail, and was back at London's Old Bailey court on Wednesday as the jury considered further charges against him.

The 46-year-old denies two counts of conspiring with the News of the World's former royal editor, Clive Goodman, to agree to pay police officers for two phone directories of the royal household.

Whatever the verdict, his conviction for phone-hacking has raised questions about Cameron's judgement.

The prime minister hired Coulson within months of his resignation as editor in 2007 following the jailing of Goodman and private investigator Glenn Mulcaire for phone-hacking.

Coulson always denied knowledge of the practice but the prime minister promised when the scandal broke three years ago that he would apologise if Coulson was found guilty.

Honouring that pledge on Tuesday, Cameron said: "It was a second chance, it turns out to be a bad decision and I'm extremely sorry about that."

The revelation that Dowler's phone was hacked in 2005 was the final straw in a drip of revelations about illegal practices at the News of the World, Britain's top-selling Sunday newspaper at the time that was read by more than three million people.

The paper was later found to have hacked a long list of public figures including Prince William, the second-in-line to the British throne, his wife Kate, and leading politicians including former deputy prime minister John Prescott and celebrities such as actress Sienna Miller.

The hacking scandal prompted a judge-led inquiry into the ethics of Britain's famously aggressive press, which made recommendations for reforming the way it is governed.

Promoted
Listen to the latest songs, only on JioSaavn.com
However, they have yet to come into force following strong opposition by many newspapers, including the Murdoch press.

Coulson is expected to be sentenced within days, along with four other ex-News of the World senior journalists and Mulcaire, who all pleaded guilty to hacking before the trial began.