According to the UN's World Food Programme, the number of people in the Horn of Africa who face the threat of starvation has risen to 22 million. 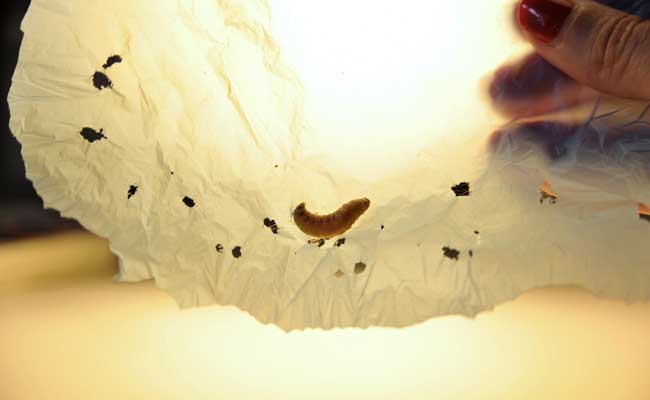 In many regions of Africa, edible insects are a frequent component of traditional cuisines.

A British organisation is asking African nations hit by food scarcity to start eating insects, a report in The Guardian has said. The pilot project aims to develop the practice in countries like Democratic Republic of the Congo and Zimbabwe, the outlet further said. Since they require less land and water than traditional livestock, edible insects have long been hailed as a resource-efficient source of protein. Expanding the practice, however, has been difficult in many regions of the world due to cultural reluctance and issues with taste.

African caterpillars, migratory locusts, and black soldier flies are being served as part of a 50,000 pounds UK charity project in DRC in an effort to realise the significant on-paper advantages of insect eating, said The Guardian report.

In many regions of Africa, edible insects are a frequent component of traditional cuisines, and it is believed that over 250 bug species could be edible in the region.

There is a growing interest in using insects as human food as the global population is expanding.

Insects are a good source of high-quality animal protein, as well as lipids and macronutrients. The numerous edible bug species, readily available and inexpensive source of food, can help ensure food security.

The effort is being led in the DRC's North and South Kivu provinces, where raising cattle is one of the few opportunities for rural residents to make a living. However, as population here rises, there is less room for animal husbandry, and cattle production is putting a burden on water resources.

In the South Kivu region, 23 types of insects are already eaten. The Congolese do not often produce them; rather, they opportunistically gather them depending on the season. The African palm weevil, the litter beetle, termites, and crickets are among the edible insects that are frequently consumed in the area.

According to the UN's World Food Programme (WFP), the number of people in the Horn of Africa who face the threat of starvation has risen to 22 million.

According to relief organisations, years of inadequate rainfall in Kenya, Somalia, and Ethiopia have resulted in the worst drought in 40 years and conditions that are comparable to starvation in the hardest-hit areas.

Millions of animals have been killed, crops have been devastated, and 1.1 million people have been evicted from their homes in search of food and water due to an unprecedented four failed rainy seasons.