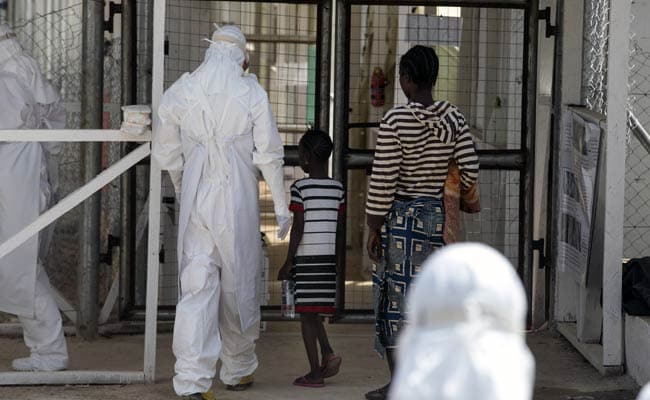 London: A health care worker who has just returned from Sierra Leone has been diagnosed with Ebola and is being treated in a Glasgow hospital, Scottish authorities said on Monday.

Scottish First Minister Nicola Sturgeon called it the first case of Ebola ever diagnosed inside the United Kingdom.

The patient flew to Glasgow via Casablanca and London's Heathrow Airport, arriving late Sunday, the Scottish government said. The health care worker was admitted to a hospital on Monday morning.

Sturgeon said the risk to the public is "extremely low" and that pre-planned steps would be taken to protect the public.

"We have been preparing for this and have robust procedures in place," she said, adding that the patient would soon be transferred to an isolation unit at the Royal Free Hospital in London.

She said the patient, who is not being identified, had traveled on an internal British Airways flight from London to Glasgow on Sunday night and that passengers on that flight will be contacted.

But she said the patient was not yet showing symptoms at the time and that people in that stage are much less contagious than they are after they exhibit symptoms, which include a high fever, diarrhea and vomiting.

The patient had been screened for symptoms before leaving at Sierra Leone and at London Heathrow Airport, Sturgeon said.

Promoted
Listen to the latest songs, only on JioSaavn.com
The only previous victim of the often-fatal disease in Britain was William Pooley, a nurse who contracted the disease while treating patients in Sierra Leone. He recovered after treatment in London and returned to West Africa.

Since an Ebola outbreak began in December 2013 in the West African country of Guinea, there have been nearly 20,000 cases and more than 7,500 deaths, mostly in Liberia, Guinea and Sierra Leone.