Although surveys show the gap between the main two political parties has narrowed considerably, Theresa May's position as prime minister seems secure according to the UK election opinion polls. 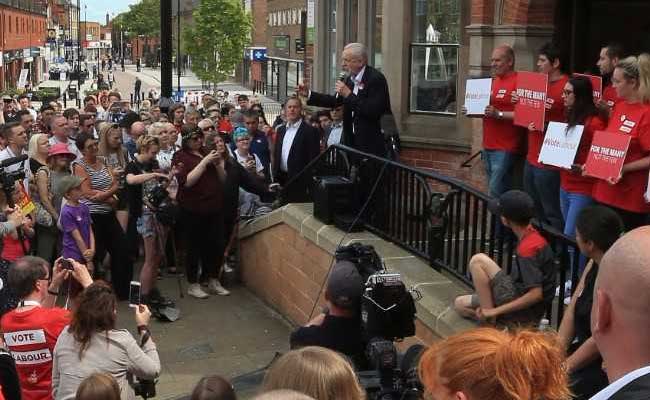 London: As polling stations across Britain has opened, opinion polls show the outcome of the general election could be a lot tighter than had been predicted when Prime Minister Theresa May announced the vote six weeks ago.

What the polls say

May surprised the country in April by calling for the snap election, seeking to increase her majority before Britain enters into two years of grueling negotiations over its departure from the European Union.

However, the Conservatives' advantage has eroded over the campaign, with pollster YouGov even suggesting on May 30 that the party could fall short of a majority, meaning they would need the support of another party to govern.

But in its latest estimations published on Wednesday, YouGov put the Conservatives seven points ahead of its long-time rival.

ICM put the Conservatives a comfortable 12 points ahead of Labour, a vast difference to a Monday poll by Survation which forecast a gap of just one point.

Can the polls be trusted?

Pollsters got the outcome of the last general election, held just two years ago, very wrong.

In the months leading up to the May 2015 ballot, polls consistently put the Conservatives and Labour neck-and-neck, suggesting neither party would be able to form a government alone.

But the Conservatives, who had been in a coalition government with the smaller Liberal Democrat Party, secured a majority in the 650-seat House of Commons.

A year later, polls also failed to correctly predict the outcome of the Brexit referendum, expecting the "In" vote to win.

"One of the things that happened in 2015 is that the polls underestimated the age difference in turnout," John Curtice, professor of politics at Strathclyde University, told AFP.

Pollsters have therefore adjusted their methodologies by widening their pools of respondents, asking them more questions and weighing the result with high-quality academic research done since the last election, explained Curtice.

Eric Kaufmann, professor of politics at the University of London also highlighted that turnout among younger people -- more inclined to back the Labour Party -- is traditionally poor.

"If we look at turnout over the past few elections and referendums, young turnout has been very low and there's no obvious reason why that would rebound," he said.

Why are predictions so tough?

Part of the reason is Britain's electoral system.

"There is no automatic relationship between votes cast at the national level and seats won," because of the first-past-the-post constituency system, Curtice said.

The system makes it especially difficult for smaller parties with support evenly spread nationally to increase their share of seats in parliament.

But smaller parties whose support is concentrated in key constituencies -- such as the Scottish Nationalist Party -- can do very well.

According to Kaufmann, "we should expect a comfortable Conservative majority".

However, he nuanced, it's unlikely to be "as much as it looked like it could have been at some point".

Promoted
Listen to the latest songs, only on JioSaavn.com
For Curtice, although Labour "doesn't seem to have any prospect" of winning, the Conservative government could still end up looking very different as pollsters predict the party could gain anything between one and 80 seats.