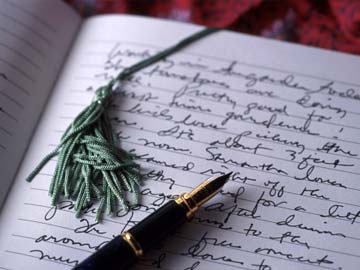 London: Britain is recruiting an army of amateur historians to sift through more than 1.5 million pages of diaries written by World War I army officers, published online for the first time 100 years after the conflict began.

Spanning the whole of the 1914-18 conflict, the diaries are the official record of the war by British army units - but deeply poignant testimony can be found among the battalions' day-to-day accounts of their movements.

"I have never spent and imagine that I can never spend a more ghastly and heart-tearing forty-eight hours than the last," writes Captain James Patterson in an entry from the French trenches dated September 16, 1914.

"Swarms of Germans on the ridge, rather massed. Our guns open on them at 1,800 yards, and one can see a nasty sight through one's glasses. Bunches of Germans blown to pieces."

The yellowing pages of Patterson's diary are among some 2,000 files published online on Tuesday by Britain's National Archives, as part of a project that will eventually see some 1.5 million similar documents made available on the Internet.

"A lot of people think that a unit war diary will only mention places and dates and activities, but there are lots and lots of different stories amongst these records," said William Spencer, the archives' principal military specialist.

"By digitising them, we not only preserve them for future generations - we also make them available in a new way."

The archives are urging volunteers to help them catalogue the contents of the diaries as part of "Operation War Diary" (operationwardiary.org), a joint project with London's Imperial War Museum and Zooniverse, a citizen science project.

Members of the public will be able to tag key details mentioned on the online pages - such as names, places and dates - with the aim of making the diaries searchable for everyone from academics to family tree researchers.

Organisers say the work of these "citizen historians" is crucial because the service records of many of the troops mentioned in the diaries were destroyed by bombing during World War II.

'One is likely to kill one's own men'

Patterson's own neatly typewritten diary, recording the movements of the 1st Battalion South Wales Borderers, comes to an abrupt end on October 25, 1914, when he was killed just three months into the war.

His diary had recorded scenes "beyond description".

"Poor fellows shot dead are lying in all directions," he wrote.

He describes his terror of firing into the night, writing: "One is very likely to kill one's own men, and from wounds I have seen since, I am sure some of them were hit like this."

The diaries also describe lighter moments among the troops, such as rugby matches and tugs-of-war.

"A somewhat scrappy game, ending in a draw," reads the official account of one rugby match.

Another diary entry - part of a batch yet to be published - describes the exploits of one Reverend Tron, chaplain to some of the battalions.

"The padre... repeatedly struck the German in the face until they broke apart," reads the entry.

"Unslinging his glasses, the German thrust them into the hands of the astonished clergyman, and tended his surrender."

Luke Smith of the Imperial War Museum said the work of volunteers in sorting through the diaries would help piece together the stories of the priest and thousands of others who served in the war.

Promoted
Listen to the latest songs, only on JioSaavn.com
"By working with citizen historians, we're going to find all the references to Reverend Tron, and the half-a-million or so other named people in those diaries," he said.

"We're going to uncover the story of the Western Front at an unprecedented level of detail."