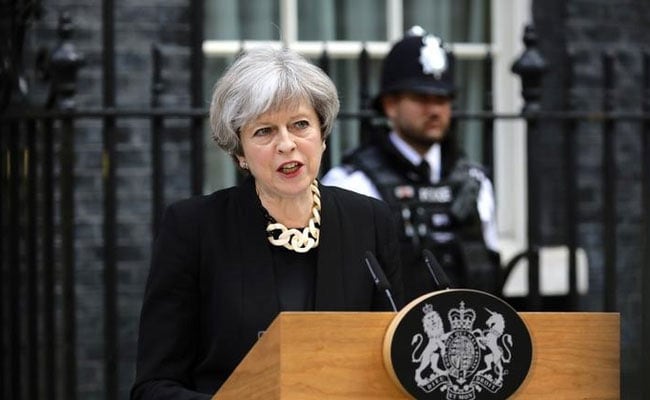 The British government pledged to end gay conversion therapy on Tuesday as it set out plans to improve the lives of LGBT people after a national survey found many experienced discrimination and prejudice.

Prime Minister Theresa May said the 75-point plan aimed to deliver lasting change and address the "burning injustices" faced by lesbian, gay, bisexual and transgender (LGBT) people that were revealed in a survey of more than 108,000 people.

"I was struck by just how many respondents said they cannot be open about their sexual orientation," May said in a statement on what the government said was the world's largest national survey of LGBT people.

"No one should ever have to hide who they are or who they love."

More than two in three respondents to the online questions about safety, health, education and work said they avoided holding hands with their partner in public, fearing a negative reaction.

Almost one in four said they experienced a negative reaction from colleagues due to their sexuality.

The government said it would look into banning the "abhorrent practice" of conversion therapy to "cure" people of homosexuality, which 2 percent of respondents said they had undergone. Another 5 percent had been offered it.

The United Nations said last month it wanted a global ban on the invasive therapy based on the idea that homosexuality is a mental disorder or medical condition.

While the practice has been widely discredited, only Brazil, Ecuador and Malta have nationwide bans, according to the International Lesbian, Gay, Bisexual, Trans and Intersex Association.

"The simple act of holding hands is something all same-sex couples do with a high degree of caution. Attitudes have changed, but there are still pockets of society where we're far from safe".

As part of its action plan, the government will appoint a national LGBT health adviser and set aside 4.5 million pounds ($5.90 million) to support a number of initiatives, including programmes to tackle homophobic bullying in schools.

It also said it would work with police to improve responses to hate incidents after the survey found 40 percent of respondents had experienced them.

"Everyone in this country should feel safe and happy to be who they are, and to love who they love, without judgement or fear," said Penny Mordaunt, minister for women and equalities.