Britain Heat Wave: The Meteorological (Met) Office said the readings are provisional as the temperatures are expected to soar even further with other regions reporting their readings at different times of the day. 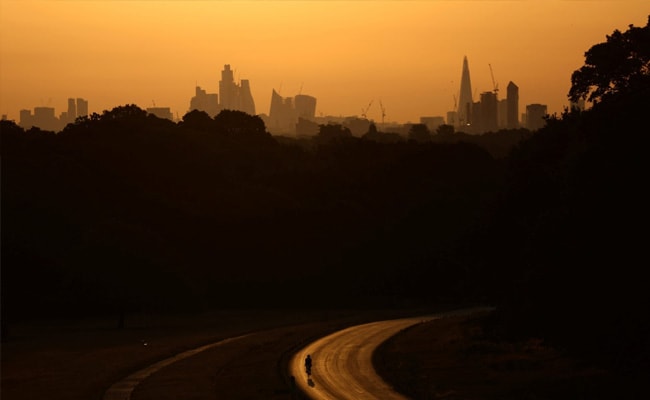 The UK broke an unwelcome record on Tuesday when Heathrow in south-west London recorded 40.2 degrees Celsius on the hottest day ever experienced in the country.

The reading came soon after Surrey in south-east England had broken the record of the highest temperature ever since records began at 39 degrees Celsius. The previous record high temperature was 38.7C, set in 2019 at Cambridge Botanic Garden in eastern England.

The Meteorological (Met) Office said the readings are provisional as the temperatures are expected to soar even further with other regions reporting their readings at different times of the day.

The country was braced for “unprecedented” temperatures on Tuesday after the ongoing heat wave resulted in the hottest night on record at 26 degrees Celsius in parts of London overnight on Monday.

The Met Office red warning of danger to life from extreme heat remains in place for much of central, northern, and south-east England, including the capital city. At least five people are believed to have drowned after attempting to escape the heat in rivers and lakes.

“Tuesday will be a pretty unprecedented day, with the mercury possibly reaching highs of 41C in spots in England. This will make it the hottest day on record and the first time we have seen temperatures as high as 40C," said Rachel Ayers, a Met Office forecaster.

“There are likely to be delays on roads, with road closures, as well as possible delays and cancellations to trains and maybe issues with air travel. This could pose a significant health risk to those stuck on services or roads during the heat,” she said.

A high of 38.1C was reached in Suffolk, eastern England, on Monday, just short of the UK record of 38.7C set in 2019. Scotland and Wales are also forecast to see their hottest days on record after a scorching Monday, when the latter set a new high temperature mark at 37.1C.

Network Rail issued a "do not travel" warning for Tuesday, affecting services travelling through the "red zone" under the Met Office warning map. Transport Secretary Grant Shapps said the UK's rail network could not cope with the extreme heat, adding that it would take "many years" before upgrades would mean services could handle the hotter climate.

"The simple answer is no, the network cannot cope with the heat right now," he told the BBC.

"In 40C heat, tracks can reach 50C, 60C, and even 70C, and there's a severe danger of tracks buckling and a terrible derailing. We are building new specifications, creating overhead lines that can withstand higher temperatures. But with the best will in the world, this is infrastructure which has taken decades to build, with some of our railways stretching back 200 years," he said.

The country's infrastructure structured around cold temperatures has struggled to cope with the extreme heat since the weekend. Runways at Luton Airport and Royal Air Force (RAF) Brize Norton were also impacted by the heat on Monday, forcing aircraft to divert.

There have been warnings of pressure on hospitals and ambulance services as temperatures are set to peak on Tuesday. Monday saw a number of schools close ahead of a scheduled annual summer break.

Water companies in southern and eastern England have warned increased demand is leading to low pressure, and even interrupted supply, for some households.

According to experts, heatwaves are becoming more likely and more extreme because of human-induced climate change. The world has already warmed by about 1.1C since the industrial era began, and temperatures are set to keep rising unless sharp cuts are made to carbon emissions.