Neil Basu promoted the merits of "Prevent," a British counter-terrorism program involving several government agencies which is designed to spot and deter people who might be vulnerable to recruitment or indoctrination by violent radicals 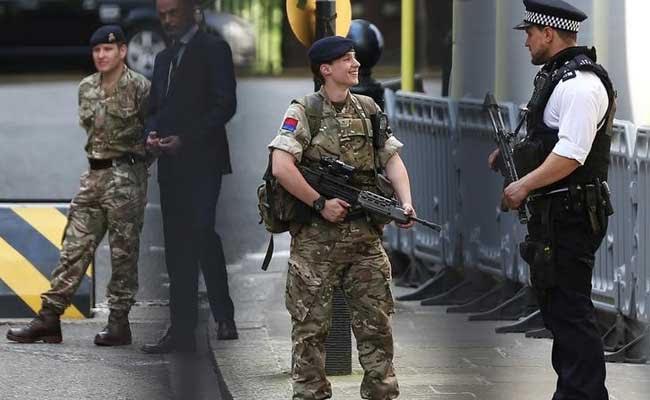 Basu said attacks were becoming easier to carry out and harder to detect. He promoted the merits of "Prevent," a British counter-terrorism program involving several government agencies, including social services, which is designed to spot and deter people who might be vulnerable to recruitment or indoctrination by violent radicals.

"Prevent is designed to break the cycle of extremist violence by empowering communities and individuals - to make them resilient to radicalisers and able to spot the vulnerable that radicalisers target and manipulate," Basu said.

"A recent study showed that in the time before most lone-actor attacks, someone close to them knew about their growing ideology and violent intent. Mostly they chose not to report it," Basu said.

In March 2017, in an attack police said was motivated by Islamist extremism, a man drove a car into pedestrians on Westminster Bridge in London and then fatally stabbed a police officer. Later that year, there were three other attacks police described as terrorism, including one on Muslim worshippers near a London mosque.

Referring to the attacks on mosques in New Zealand by an Australian far-right militant last March, Basu said that while right-wing terrorism was once largely a local threat, it had now become a "global phenomenon as adept at using social media as Daesh," a term police and some militants use for the Islamic State group.

"Christchurch (New Zealand) is the most recent example," Basu said. "Seven of the 22 attacks we have stopped since March 2017 relate to suspected RWT (right wing terrorism)," Basu said.

He said he could tell stories of 400 people in England and Wales who, "in the same year we were most attacked," got support from the Prevent program which "changed their story."

He added that research by Spanish experts using MRI technology found that people with extremist views were "more likely to be moved to violence when they felt excluded." The lesson was that "effective social integration could help stop extremist violence," Basu said.

(Except for the headline, this story has not been edited by NDTV staff and is published from a syndicated feed.)
Comments
UK terror attacksUK counter-terrorism strategy