Brexit Deal: "Now is the time to come together, to back this improved Brexit deal, and to deliver on the instruction of the British people," PM Theresa May said. 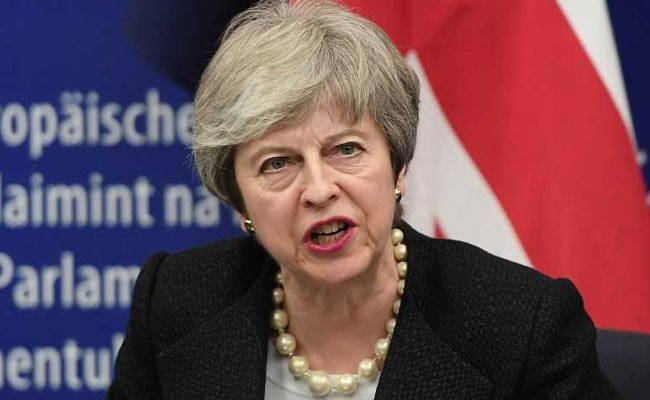 Brexit Deal: UK lawmakers will study new proposals before holding a vote on the divorce deal on Tuesday

Prime Minister Theresa May said on Monday that she has secured "legally binding" guarantees from the EU designed to get the Brexit deal through the British parliament and avert a chaotic withdrawal.

She announced the move after a late evening dash to Strasbourg to hammer out the changes with top European officials, as the clock ticked down to Britain's scheduled divorce from the bloc on March 29.

European Commission chief Jean-Claude Juncker warned that the stakes were increasingly high, ahead of a vote by British lawmakers on the deal on Tuesday.

"The choice is clear: it is this deal, or Brexit may not happen at all. Let's bring the UK's withdrawal to an orderly end," the former Luxembourg premier told reporters, sitting next to May at a late-night press conference in the French city.

"There will be no third chance."

The three-part package of changes effectively aims to resolve a key sticking point for British MPs over the so-called backstop plan to keep open the border between EU member Ireland and the British province of Northern Ireland.

"Today we have secured legal changes," Ms May told reporters after the talks with Mr Juncker and the European Union's chief negotiator Michel Barnier.

"Now is the time to come together, to back this improved Brexit deal, and to deliver on the instruction of the British people."

UK lawmakers will study the new proposals before holding a vote on the divorce deal Tuesday, with just 17 days remaining before Britain's planned split from the bloc after 46 years.

Britain's House of Commons overwhelmingly defeated the deal in January and was expected to do so again on Tuesday without meaningful change.

Another defeat in parliament could see Britain sever ties with its closest trading partner on March 29 with no new arrangements, causing huge disruption on both sides of the Channel.

It would also raise the possibility of postponing Brexit, after Ms May promised to allow MPs a vote later this week on whether to accept a "no deal" scenario or request a short delay from the EU.

Juncker said he recommended the deal to the EU Council, which represents member states, and that Irish Prime Minister Leo Varadkar was prepared to back the changes on the backstop.

Brexit-supporting MPs reacted cautiously to news of the agreement, but said they wanted to examine the detail.

The DUP's support is crucial if the deal is to pass the House of Commons.

May's trip to Strasbourg caused concern among some MPs, who had complained they may not have enough time to scrutinise what May agreed before being asked to vote.

"Is this incompetence or is this just contempt for parliament?" said opposition Labour MP Yvette Cooper.

'Harder to leave the backstop'

But MPs rejected it in January by a massive 432 votes to 202, with many of May's Conservatives rebelling against her.

The Commons later sent her back to renegotiate the backstop.

This would keep Britain in the EU customs union and parts of its single market until and unless another way -- such as a trade deal -- is found to avoid frontier checks.

Juncker said May and he have agreed a "legal instrument" to ease British concerns over the backstop.

Many MPs fear it is a "trap" to keep them tied to EU rules, but Brussels has rejected calls for a time limit or unilateral exit clause.

"It is harder to leave the backstop than it is to leave the EU," claimed Conservative MP Jacob Rees-Mogg, an influential Brexiteer.

May has promised Britain will leave the EU whatever happens on March 29, but many MPs fear that a "no deal" exit would wreak economic havoc.

In the face of a cabinet revolt, she promised that if her deal is defeated again then MPs will vote on "no deal" on Wednesday and then on Thursday, on delaying Brexit.

Any postponement would have to be approved by the leaders of the other 27 nations, who are next meeting at a Brussel's summit on March 21 and 22 -- a week before Brexit day.

Nigel Farage, who spearheaded the campaign that led to Britons voting in the June 2016 referendum to leave the EU, held firm.

"This evening's agreement with the European Commission does not contain anything approaching the changes Theresa May promised parliament," Labour leader Jeremy Corbyn said.