Boy Smuggled Into Spain in Suitcase Reunited With Mother 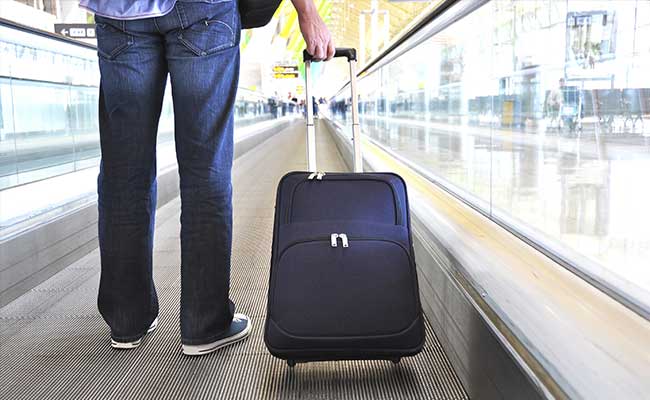 Madrid, Spain: A boy from Ivory Coast found in a suitcase at a Spanish border crossing was reunited with his mother today while his father, arrested for trying to smuggle him in, was set to be released.

"We are very happy. We'll set off again with the little one and we'll try to find his father," the family's lawyer Juan Isidro Fernandez Diaz told journalists in Ceuta, a Spanish enclave north of Morocco.

Police in Ceuta had found eight-year-old Adou Ouattara curled up and covered inside a suitcase without air vents at a border checkpoint on May 7. Since then he has been staying at a centre for underage migrants in Ceuta.

Several hours after the youngster was discovered, his father Ali Ouattara was arrested at the same border crossing on charges of human rights abuse, for trying to have the boy smuggled into the country.

"We have paid the bail and they're going to release him," the family's lawyer said.

The suitcase containing Adou was being carried through a pedestrian border crossing by a 19-year-old woman, whose identity has not been released, when a security scanner detected the boy inside.

Last month officials granted Adou authorisation to live in Spain for one year and had been waiting for results of DNA tests before turning him over to his mother Lucie Ouattara, who lives legally in Spain's Canary Islands off the Moroccan coast.

Adou was reunited with his mother today after tests proved they were related.

"It's a very beautiful day."

Adou's mother moved to Spain from the Ivory Coast last year to join the boy's father, who was already living legally in the Canary Islands.

She had brought along their 11-year-old daughter but left Adou behind with his grandmother and brother in the Ivory Coast.

After the grandmother died in 2014, Adou's father requested a residency permit for him in Spain, their lawyer said, but the request was rejected because his monthly income fell short of the 1,333 euros ($1,500) required by law.

Each year, thousands of migrants risk their lives trying to enter Ceuta and Melilla, another Spanish territory bordering Morocco, in search of a better life in Europe.

Many Africans try to scramble over the seven-metre (23-foot) fences that separate the Spanish cities from Morocco.

Others smuggle themselves over the border hidden in vehicles and cargoes, or try to swim or sail from shores on the Moroccan side.