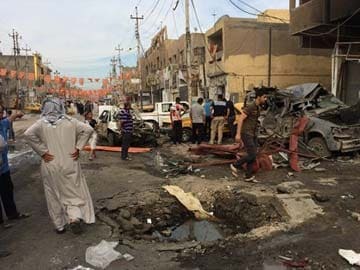 They say the explosions took place in the capital's predominantly Sunni neighborhood of Dora on Saturday morning.

Health officials confirmed the casualty figures. All officials spoke on condition of anonymity because they were not authorised to brief reporters.

Promoted
Listen to the latest songs, only on JioSaavn.com
No one immediately claimed responsibility for Saturday's attacks, but Sunni insurgent groups have stepped up attacks across the country since last year in hopes of undermining the Shiite-led government.

The uptick in violence comes as Iraqis prepare to hold a crucial parliamentary election on April 30.